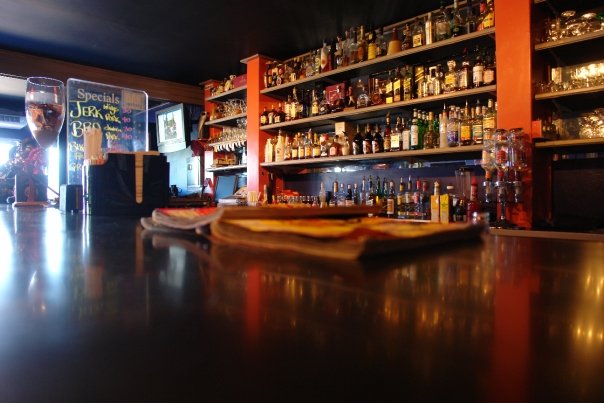 An interview with BarCode’s David Maharaj

David Maharaj, the owner of BarCode, says that for almost two and half years his now ten-year-old business venture remained a logo on paper and just an idea in his head. His opportunity came in 1999. He approached the landlords of the space he now rents to house BarCode, proposing that his idea would bring new life to the area. “It was literally just rubble and dust… a construction site,” he explains. They agreed and BarCode opened on Sunday 22 October, 2000.

Then 25 years old, Maharaj was set on running a successful sports bar in the island’s capital, Scarborough, the kind of venue he felt was in short supply. From early on, his interest was in showcasing regional culture and talent, with specific attention to soca music. His entertainment started with Carnival shows, hosting top artists like Machel Montano, Rupee, Problem Child, and Alison Hinds.

But quite apart from the live entertainment at BarCode, Maharaj’s vision was clear: he wanted to provide his clientele with “good service; a clean, friendly environment, and excellent food.” From his menu offerings over the years, he says that his burgers and jerk wings are still rated number one on the island.

After over 10 years in business, he’s full of lessons learned and ideas about how to do things better. But more importantly, he’s happy to have lasted this long, and is looking to the future.

In particular, when reflecting about the past ten years, he talks about the many people who have helped along the way. Most of all, he talks about Alicia. From that opening day in October, he says Alicia has been with him – first as a worker right through now as a business partner. It’s the classic story of employee turned partner by dint of sustained effort, unwavering loyalty, and a whole lot of trust. He says of Alicia, “everywhere along the way, she has been the backbone.”

Asked what has helped BarCode reach this level of success, Maharaj says: “pride. A Tobagonian, running and owning a business, serving the community, giving them options, exposing them to standards that were not there before, and contributing to the progress of entertainment in Tobago.”

Does he have any advice for others wanting to get into this kind of business? “The greatest point would be to maintain standards. Have high standards and adhere to them,” says Maharaj, who plans to continue to be an example of the very philosophy he preaches.