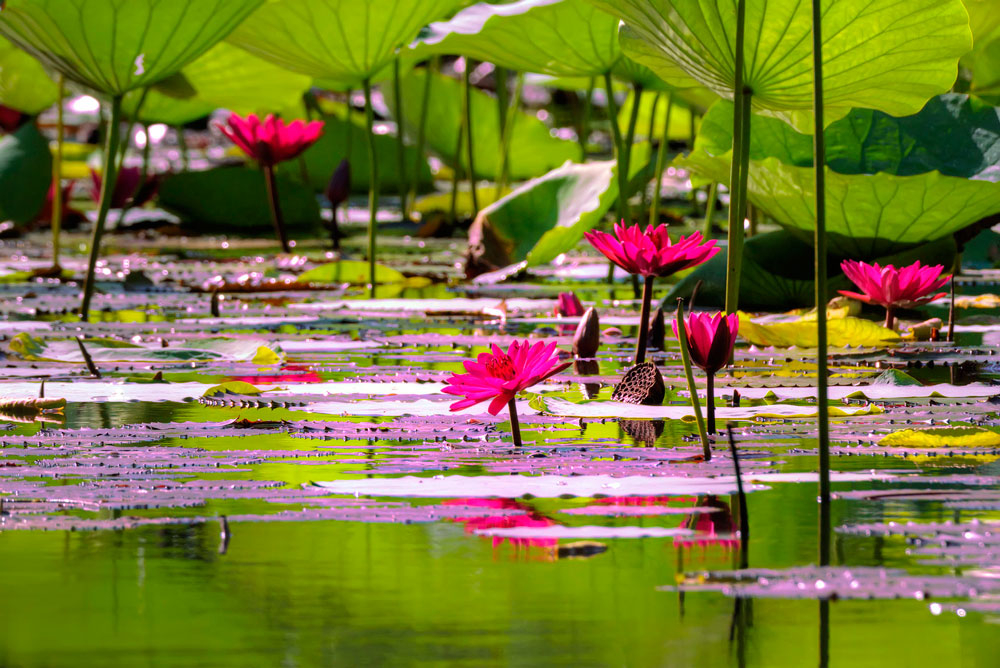 Tip: To get the most out of your eco-experience, it’s best to go with an experienced tour operator or guide.

For centuries, Tobago’s unique worth has been appreciated and protected, on both land and sea. Tobago’s central mountain range, the Main Ridge (rising to 876m/1,890ft), encompasses the oldest protected rainforest in the western hemisphere, which became a reserve in 1764. In 1973, Buccoo Reef was designated a nationally protected marine area. The Buccoo Reef/Bon Accord Lagoon Complex is the island’s first Ramsar Site, recognised as a wetland of international importance. It embraces the ancient inshore coral reef system on the leeward coast and the Bon Accord mangrove swamps and seagrass beds, where the rarely seen green sea turtle may be found.

In the north, a central spine of hills and valleys, a remnant of Tobago’s connection to a sunken mountain chain arising from the South American continental shelf, rises to approximately 1,890 feet and includes the western hemisphere’s oldest protected forest reserve, the Tobago Main Ridge Forest Reserve. The southwest of the island is a mostly flat – undulating in parts – coral deposit. All over this part of the island chunks of coral litter the beaches, roadside and excavation spots. The rainforest hills of the north and the flats of the south are divided by a middle grassy upland area around Arnos Vale. A defined watershed from here to the Forest Reserve gives rise to waterfalls, rivers and streams. There are swamps and mangroves close to the ocean.

A high percentage of Tobago’s original fauna was lost during colonial times, but there is still much to see, including 12 species of mammals, five species of marine turtles (including the endangered giant leatherback), 16 species of lizard, 14 species of frog, 17 species of bats, 133 species of butterflies including the impressive Blue Emperor, and 25 species of snake (none of them poisonous). And with 210 recorded bird species, sanctuaries like the island of Little Tobago off the northeast coast, a large migratory seabird population and a variety of colourful human-friendly species like the bananaquit, blue tanager and mot-mot, Tobago is a favourite of ornithologists.

The teeming submarine life of Tobago’s calm, clear waters and coral reefs will impress underwater explorers. The marine eco-system is nutrient-rich and includes a variety of reef types. Buccoo Reef in the southwest is relatively shallow, while in the northeast coral-encrusted rock formations give way to deep open ocean and its accompanying sea creatures, including sharks, marlin and dolphins. At the southern end of the island, near the airport, red and black mangroves predominate on the coastal limits, and are bordered by intertidal forest communities. Due to brackish waters plant diversity is low here; but sheltered spawning grounds accommodate a variety of aquatic species.

A world of biodiversity in a nutshell

Tobago has an incredible degree of biodiversity for its small size. Its abundance of flora and fauna include: