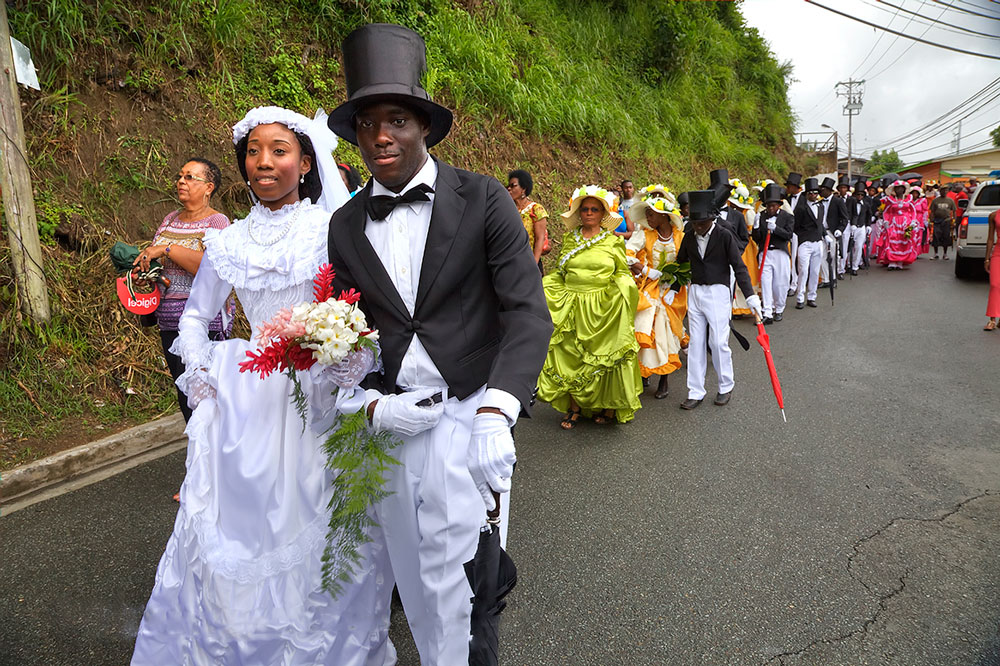 Scarborough’s natural harbour, looks peaceful enough now, but in 1677 it was the scene of two horrendous naval battles between fleets of French and Dutch warships, and the sea bed is supposedly strewn with wrecks and remnants. The first serious excavations have begun and may well produce some interesting discoveries in the coming months.

On the Caribbean coast, has a striking modernist sculpture, the Courland Monument (1976), which commemorates 17th-century settlers from Courland, now part of Latvia. How on earth did proto-Latvians end up settling by beautiful Courland Bay in far-off Tobago? It’s a long and intriguing story.

Plymouth is also the site of the Mystery Tombstone, a small grave whose inscription is supposed to be so mysterious that no one can figure out what it means. It is the resting place of one Betty Stivens: “She was a mother without knowing it, and a wife without letting her husband know it, except by her kind indulgences to him …”

Tobago’s culture and folklore are quite different from Trinidad’s, and well worth discovering.

Various traditions are celebrated at the Tobago Heritage Festival in July: the old-time wedding in Moriah, for example, the groom sporting his stovepipe hat and tailcoat, and the bride with her trousseau on her head as the wedding party processes slowly to church and on to the reception with the distinctive Tobago three-step “brush back”.

The Tobago reel and jig are indigenous dances from Pembroke, with roots in West African rituals invoking the ancestors, and accompanied by tambrin music.

Speech bands are a Tobago Carnival tradition, featuring a cast of costumed characters speechifying in rhyme.

Harvest festivals are held in the villages, a church service followed by a lavish cook-up.