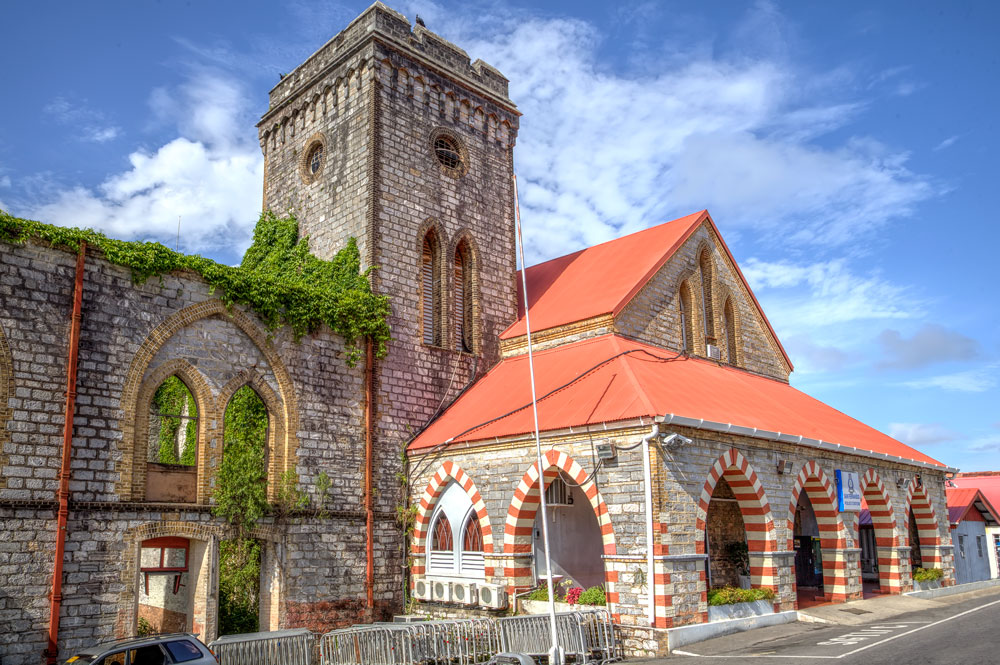 San Fernando was built around a hill known as Naparima to the Amerindians, overlooking a sheltered bay in the Gulf of Paria. The landmark Naparima hill has been quarried to a level outcrop which is now a hiking park. An elevated rocky plateau remains, from which there are fabulous views of the surrounding area. The town has spread in all directions. The Pointe-à-Pierre refinery is just north of San Fernando. Out in the countryside you can taste some of the best Indian cuisine on the island, and enjoy beaches with glass-like water in the west and good surfing in the east. There are mud volcanoes, the Pitch Lake, and eco-reserves.

Once revered by the Amerindians as Naparima Hill, here you have one of the best vistas in Trinidad. Around it, all the city’s roads circle. Leave the highway at the San Fernando exit, turn left onto the San Fernando bypass, and at its crest take a right turn; almost immediately Circular Road branches off to the right, and by Soong’s Great Wall restaurant a small signposted road on the left climbs the hill almost to the summit. Once atop it,  you can see most of southern and central Trinidad, with the Northern Range, the offshore islands and the mountains of Venezuela suddenly revealed as the continuous structure they are. There are visitor facilities, a small display, lookouts and picnic huts, a children’s area and play park. The hill is one of the main event venues in the city.

Finding one’s way around downtown San Fernando can be a bewildering experience, thanks to a one-way traffic system with few street signs and little parking. Even locals can get lost!

Turning left at the intersection and taking the first right at a complicated overpass leads you to the San Fernando bypass and straight back to the highway. At the roundabout you can also head east on the Naparima–Mayaro Road to Princes Town, which was named after two young British princes who visited it in the 1880s.

Mud volcanoes are constantly bubbling in an area east of Princes Town, further evidence of subterranean activity related to oil and gas fields of south Trinidad. A major mud flow in 1997 covered part of Piparo village. Between Indian Walk and Tableland, about 30 minutes from San Fernando, this is Trinidad’s most visited series of active mud volcanoes. They aren’t anything like Vesuvius, being only a few metres tall. If not silent and sleeping, they gurgle and sputter benignly. Some Hindus consider the site sacred and worship there. Facilities include a children’s playground, picnic tables, and toilets. Trinidad’s mud volcanoes can be found all over the south, but this is one of the most accessible. A notice warns that none of the companies sponsoring the surrounding park can be held responsible for volcanic activity.

Beyond Princes Town, turn-offs lead to Barrackpore and Moruga south (the south coast village that still re-enacts Cristobal Colón’s 1498 landing every 1 August), and Hindustan Road leads to the mud volcano at Devil’s Woodyard, about ten minutes along a bumpy road (see above).

Back on the main road, the next turn is left towards New Grant and Tabaquite (as you leave the village of New Grant there’s an unsigned fork in the road—keep to the right). At Brothers Road you join the Tabaquite–Rio Claro Road, and here you leave suburbs behind and move into beautiful woodland and forest. A little while before Tabaquite, a road on the right takes you to the Navet Reservoir (a drive of about 15 minutes): the surface is bumpy for a while, but then another right turn takes you onto a smooth road to the dam. It’s a glorious spot, the reservoir stretching away among the hills and woodland like a vast lake; there are picnic spots here, and great hikes. Again, prior permission is required.

After Tabaquite, watch for a turning to the right which leads to the villages of Brasso and Flanagin Town, through more beautiful woodland and across the western end of the Central Range. From here, the road settles into the plains and winds back to Chaguanas, where you can brave the traffic once more and head for Port of Spain.