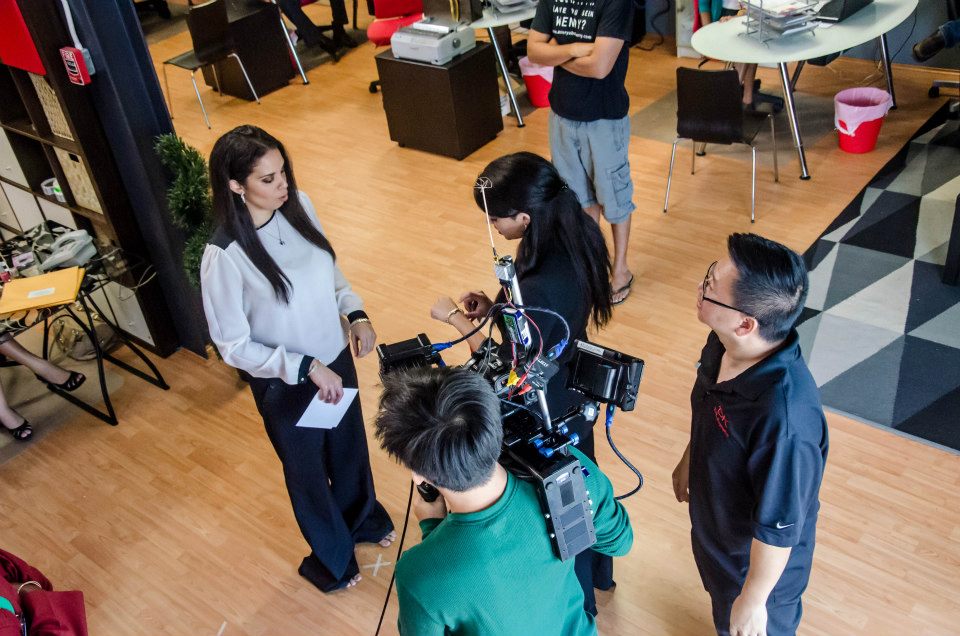 Heidi Walcott-Hadeed and Caroline Taylor with Anthony Fund and Kevin Huggins on set filming the sequel to the popular Trinidad & Tobago film A Story About Wendy. Photo: Anthony Keung Fatt

It’s a film location scout’s dream. Trinidad and Tobago, two islands separated by a 12-minute flight or a two-hour seabridge, where you can shoot an adventure in a tropical rainforest; a horror film in swamps that stretch as far as the eye can see; a movie set in an Indian village complete with temples and mosques overlooking rice paddy fields; a romantic comedy in a bustling cosmopolitan city; a gritty gangster movie in the ghettos and projects; a witty, dark drama in an affluent suburb framed by golf courses; a period piece in an old colonial mansion surrounded by cocoa estates; intrigue on the high seas with clear blue waters, coral reefs and soft white sandy beaches. In fact, the only settings it lacks are railways, subways, frozen tundra and snow-capped mountains.

Trinidad and Tobago is an independent democratic nation with a thriving energy sector. Its people are of African, Indian, European, Asian and Middle Eastern descent. So if your film calls for ethnic specificity, multi-ethnicity or cultural festivals, it’s all here—and simply gorgeous.

There is a highly skilled English-speaking workforce at every level of production, and no shortage of acting and musical talent. There are over 70 production and media houses, including digital recording studios and internationally affiliated advertising agencies.

The Trinidad and Tobago Film Company (TTFC) offers a 150% tax concession for private-sector partners who sponsor local productions, and a production-expenditure rebate of up to 30% for local and international film-makers on location. The TTFC also works with the Customs and Excise Office to help you import film and television equipment temporarily, offers seed funding for production and script-writing and sponsors training programmes for local filmmakers.

The TTFC aims to develop a national film industry which will create content to help to shape the identity of T&T’s people, and in addition create an industry that will afford opportunities for future generations. The TTFC believes that the world is hungry for stories to be told from a new perspective, and that T&T can begin to contribute to the global arena of films by telling stories from a Caribbean perspective.