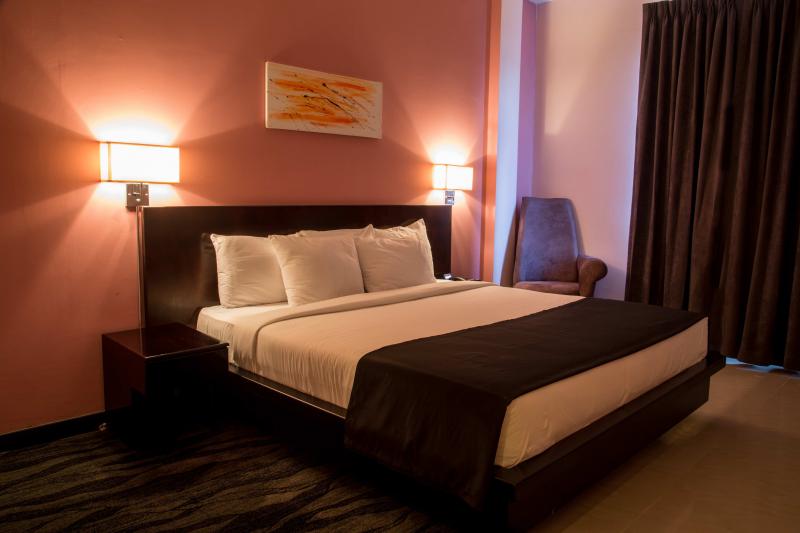 Two hundred new rooms for Trinidad and Tobago by 2015

Visitors to Trinidad and Tobago in the coming months can stay in style as the destination adds new product to its available room stock with five hotel and resort developments.

The expansion of new hotel infrastructure, which will add more than 200 new rooms to the islands’ present stock, was just one of several announcements made by the Trinidad and Tobago delegation at the World Travel Market (2013) tourism trade show in London.

In Tobago the new properties being built include Indigo Bay, a 79 suite, four-star hotel located in Lambeau, and another 66-unit property, both due to open within the next 18 months.

In Trinidad, the Financial Complex Suites Limited, a new hotel under construction in the heart of downtown Port of Spain, is expected to be completed in December of 2014. The 79 room hotel includes two presidential suites, a spa, gym, meeting and conference facilities, concierge services and a restaurant.

Another new hotel, the Regent Star, opened 55 of its 125 rooms in June 2013. A five minute walk from the Piarco International Airport, the Regent Star Hotel offers 16 executive suites, 48 deluxe rooms and 61 economy rooms outfitted with internet connectivity and high-quality amenities. The hotel is also accessible to the physically challenged and boasts meeting rooms and conference facilities, a cocktail lounge and restaurant. The other guestrooms are 95 per cent completed and expected to be launched in early 2014.

Capital Plaza Hotel, with views of the Port of Spain waterfront, is undertaking extensive refurbishment of its 243 guest rooms with completion expected in January 2015. Soon to be franchised into the Radisson Hotels International Inc brand, Capital Plaza Hotel offers a range of amenities including a piano bar, a 360 degree revolving restaurant, meeting rooms, a spa and business centre. All guest rooms will feature high-speed internet access, satellite television and individual climate control.

In the market for visitors

Trinidad and Tobago received 37,000 visitors from the United Kingdom this year and is anticipating a significant increase as the destination launches an aggressive campaign to increase arrivals.