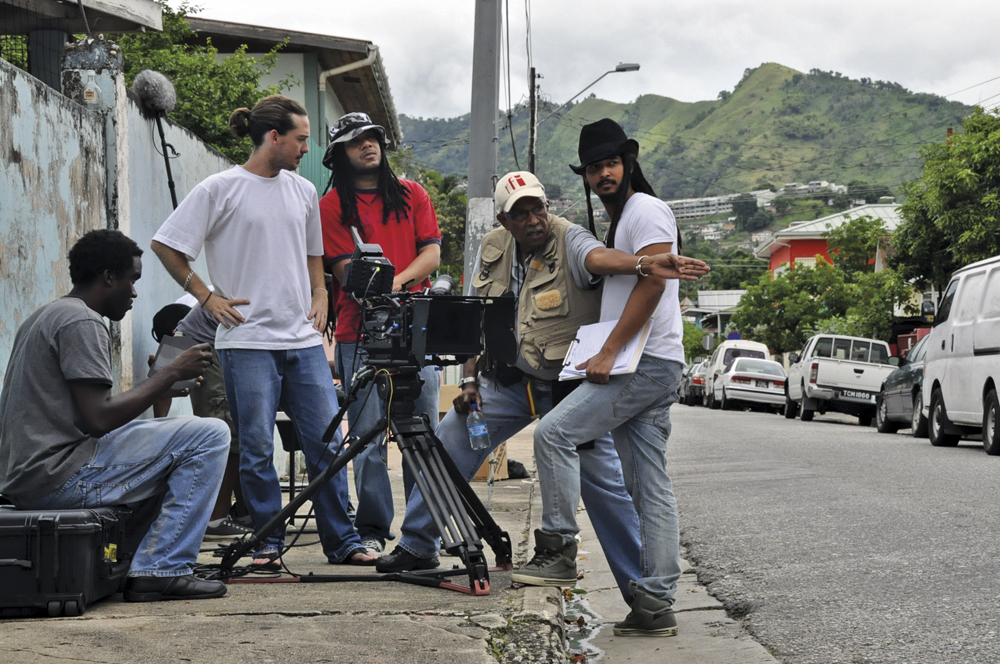 Carnival manages both to support a thriving artistic community and crowd it out. But there is life in the arts of Trinidad and Tobago outside the Carnival season. Museums, galleries, dance, theatre, events for those of literary and musical inclination: it’s all here.

Arguably the formal centre of artistic endeavour in Trinidad and Tobago is the cluster of institutions around the Savannah: the National Museum and Art Gallery, the National Academy for the Performing Arts, and Queen’s Hall. The Queen’s Park Savannah itself is an open-air stage for many events, most notably at Carnival time.

Tucked into narrow streets in nearby neighbourhoods like Woodbrook and Belmont, one finds other centres of expression: the Little Carib Theatre, the contemporary art haven that is Alice Yard, or Propaganda, the Belmont home and occasional shopfront for fashion label The Cloth.

Outside the capital, you may need to work a little harder to find the spaces being used for performance and creation, but they are there. If you’re here, a local newspaper is your most reliable source of information. Even the papers, however, struggle to keep track of the bands and artists who pop up with installations and gigs at local bars and whatever spaces are available when the work is ready for show.

Ultimately, the best advice is to find someone who knows the scene and ask them what’s happening and where to find it. And if that is hard to manage, we’ve found someone on your behalf…

Lisa Allen-Agostini is a writer, columnist and journalist. Her books include The Chalice Project (Macmillan Caribbean, 2008), a science-fiction story for young adults, and Trinidad Noir (Akashic Books, 2008), a Caribbean crime anthology for which she was both a contributor and co-editor. She is the editor of the Sunday Arts section of the Trinidad and Tobago Guardian.

With regard to the T&T arts, you are both critic and creator. Can you give us an overall description of the arts in this country?

The arts are, and always have been, a very important part of the national life. We have a very strong tradition of literature, fine art, sculpture, and theatre – many of which converge in the celebration of Carnival.

Many fine artists cross over into making mas for Carnival, and many of the Carnival artists cross over into what is considered fine art. For example, George Bailey: his beaten copper works were used in mas, in the 60s and 70s, but are also collectible pieces – quite valuable collectible pieces – and are works of art themselves. Peter Minshall is a fine artist, also trained to do set design for theatre, who has made his name as a Carnival designer.

So Carnival is a nexus for the convergence of these things, but it is also a kind of a vortex: it consumes so much of the national psyche. From September until March – that’s half the year – we are just focused on Carnival and the Carnival arts.

We have a very active music scene, in both classical and popular music, as well as jazz and rock, some combined with calypso, some not. We have a longstanding tradition of classical music. The Trinidad and Tobago music festival, for example, where schools and adults compete in performance of classical pieces – it’s a biennial event.

Some things you would suggest a visitor with an interest in the arts seek out?

The trinidad + tobago film festival: it has a new media festival and also includes traditional films. Both offer something to people who are interested in visual arts. The new media festival will include experimental and artistic shorts, things that play with light and colour and framing, and non-linear narrative. In the main festival you’ll find more traditional storytelling.

If you’re in Trinidad between April and August, there is a thriving underground rock music scene. Bands like Orange Sky, Jointpop, and newer bands. Also jazz, during that same time: non-calypso expressions of indigenous music.

Where does one find this underground music scene?

Around. You kind of have to know somebody who knows somebody. These things are not necessarily mass events, but you might find a little bar in Central, for instance, that has something every Wednesday night, but you kind of have to be plugged in to the scene.

Also you will find a lot of theatre being performed in the April to August period, because it is the time when the country takes its breath between Carnival and thinking about the next Carnival.

Finally, how about one thing that maybe doesn’t get a lot of attention at the moment, but probably should?

The Fringe Festival in Tobago. Some local musicians have formed the Fringe Movement, which performs little shows before the Tobago Jazz Festival, in order to raise funds for them to stage a fringe festival alongside the main festival in Tobago.

So you’ll have local R&B singers, electronic dance music, rock, alternative and some bands that defy categorization – Solis is one such to look out for. It’s that mixture of non-calypso, non-jazz, “non-Non”, and it’s been going for about three years so far. The main shows run the same nights as the Tobago Jazz Festival.