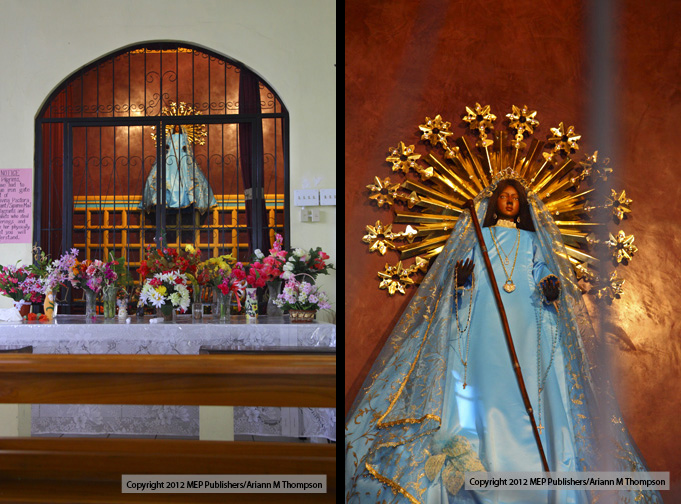 Siparee/Supari Mai or the Black Madonna/Virgin at the Church of La Divina Pastora (the Divine Shepherdess) in Siparia. Photo: Ariann Thompson/MEP Publishers

In what was once a Capuchin pilgrimage church of the same name in Siparia — a town settled by the first Spanish colonists — stands a dark-skinned statue of the Virgin Mary as La Divina Pastora (the Divine Shepherdess). But this is not her only name, and Catholics are not the only ones who celebrate her. She is the Black Madonna. The Madonna Murti. Siparee or Supari Mai (mother of Siparia). Kali. Durga. Lakshmi. The Patron Saint of Siparia. The Miracle Mother.

Many miracles have been attributed to her by ardent devotees. For her feast day (the third Sunday after Easter), the “Miracle Mother” is decorated by Catholics with flowers, dressed in white, and processed through the streets, followed by celebrations open to all. On the Thursday night (Holy or Maundy Thursday) and Good Friday before Easter, Hindu pilgrims visit the church with acts of devotion to the “Madonna Murti” — offerings of oil, rice, jewellery, rice, flowers, and the giving of alms to the needy — and recognising her most of all as “mother”. Dr Noor Kumar Mahabir has observed that in recent times, a Kali-Mai Hindu poojari has occupied the church grounds, who collects donations from worshippers to perform jharying, or protecting the celebrant from illness or calamity. 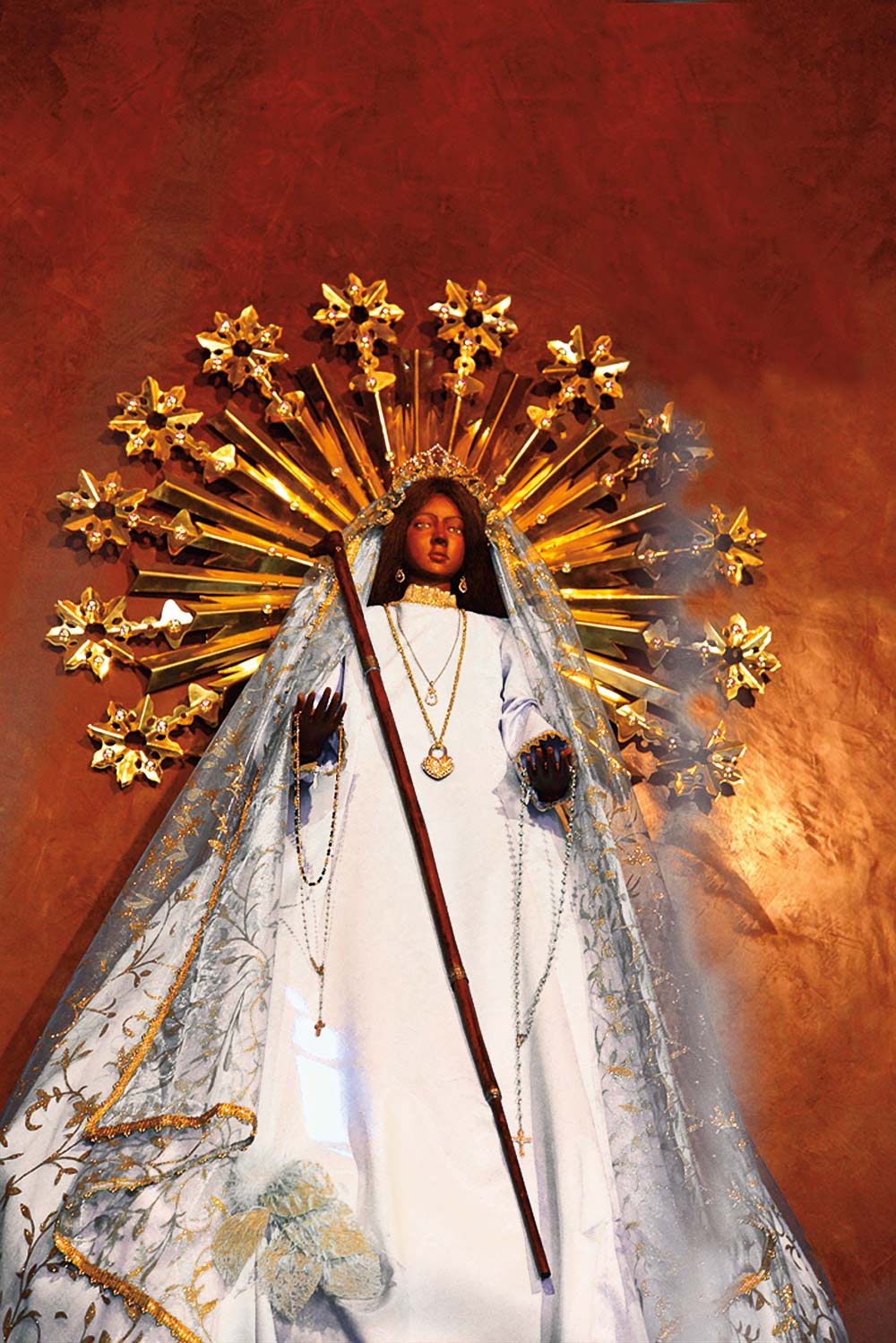 As such, Holy Thursday and Good Friday mark the start of weeks of veneration by both Hindus and Catholics, celebrating the festivals of Siparee Mai and La Divina Pastora. Hindu veneration of the statue is recorded as early as 1871, and the statue is also sacred to the Warao people of the Orinoco delta. The church welcomes all wishing to pay their respects. On our visit, there were many parishioners visiting the statue, and they sat in quiet meditation in the pews in front of her. Gifts of flowers were laid both the inside and outside the shrine.

There are many myths and legends as to how the statue came to Siparia, one of the most dramatic being that the statue was born from the sands of Siparia. There is an actual diary entry in the Catholic Church records, which said a priest came from Venezuela in the very early 1800s bringing the statue with him, claiming that it had saved his life. This diary entry is the earliest documentary evidence of the statue’s existence. More recently, the statue was restored and is now kept behind a locked iron gate in the church.

Globally, this unique cross-cultural celebration makes Trinidad one of the only countries in the world with active veneration of Black Madonna/Virgin statues. Whether you are celebrating Good Friday, Supari Mai or La Divina Pastora, have a blessed and beautiful day and weekend!