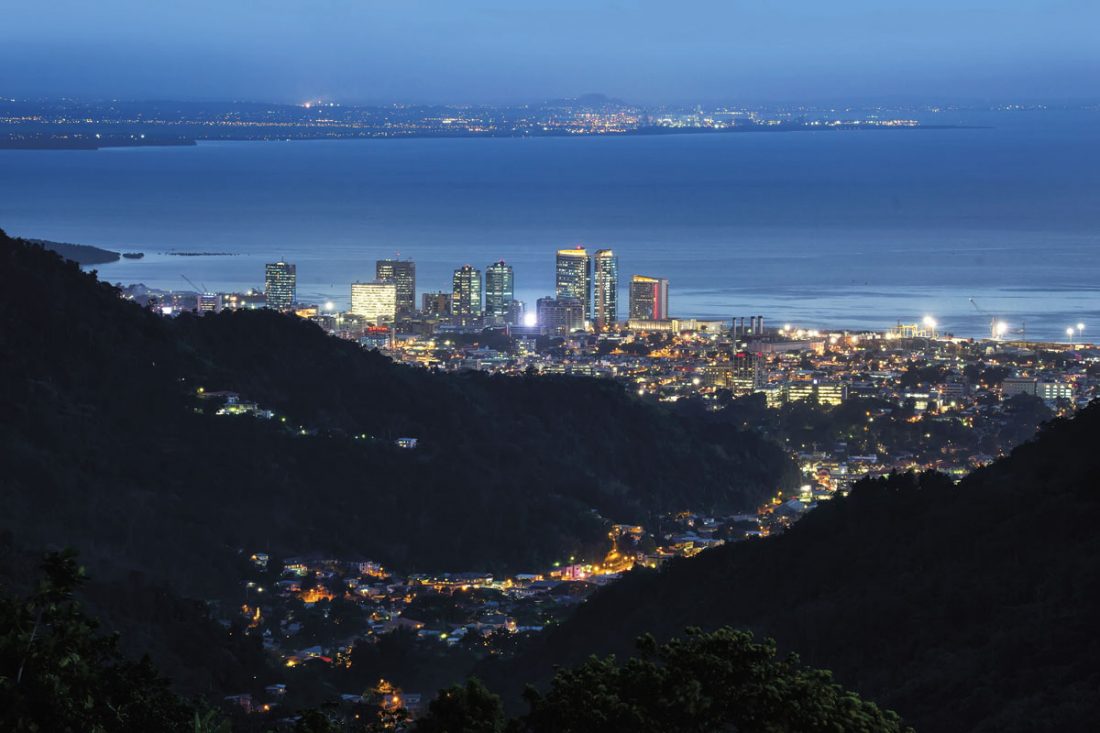 The view from Paramin of Port of Spain with the lights of Point Lisas visible across the Gulf of Paria. Photo by Chris Anderson

An ode to contemporary Trinidad

Trinidad’s uniqueness comes from its hybridity, its history, and its geography. From its very beginnings, as part of the South American mainland, it has been unique. Thousands of species thrive in the lush Northern and Central Ranges, while the south is continually invaded by animals washed down from the Orinoco in Venezuela, or in transit, as in the case of migratory birds.

This island’s vibrancy will take your breath away, especially after it rains. The place seethes with life – flowers in sidewalks, bromeliads on electricity wires, birds everywhere. This tiny island (a mere 60km by 80km) is host to the most number of species for its size in the West Indies: over 100 species of mammals; close to 500 recorded species of birds; 55 reptiles; 25 amphibians; and 617 butterflies. Few places in the world match Trinidad for biodiversity.

Its oil, gas, petrochemical and manufacturing industries make Trinidad the centre of attraction for commerce and trade in the region, as well as migration. Dubbed the Dubai of the Caribbean, much of the island’s infrastructure is modern, with a growing and extensive road network, a fairly efficient (though mostly ad hoc) public transport system, good telecommunication services, and easy access to free WiFi.

Recent influxes of Chinese, Venezuelans, Dominic Republicans, Colombians, Cubans, Nigerians, Syrians and Brits have joined the legions of traditional migrants from nearby Guyana, St Vincent and Grenada to make the cities and even rural towns across the island incredibly cosmopolitan. Don’t be surprised by the number of foreign accents and languages you hear!

Birthplace of the steelpan

This is the home of the only acoustic instrument invented in the 20th century, the steelpan. After the British colonial authorities banned the beating of African drums, the working class turned to the drums in which oil was stored. This is also the birthplace of calypso and soca, the limbo dance and the ‘wine’.