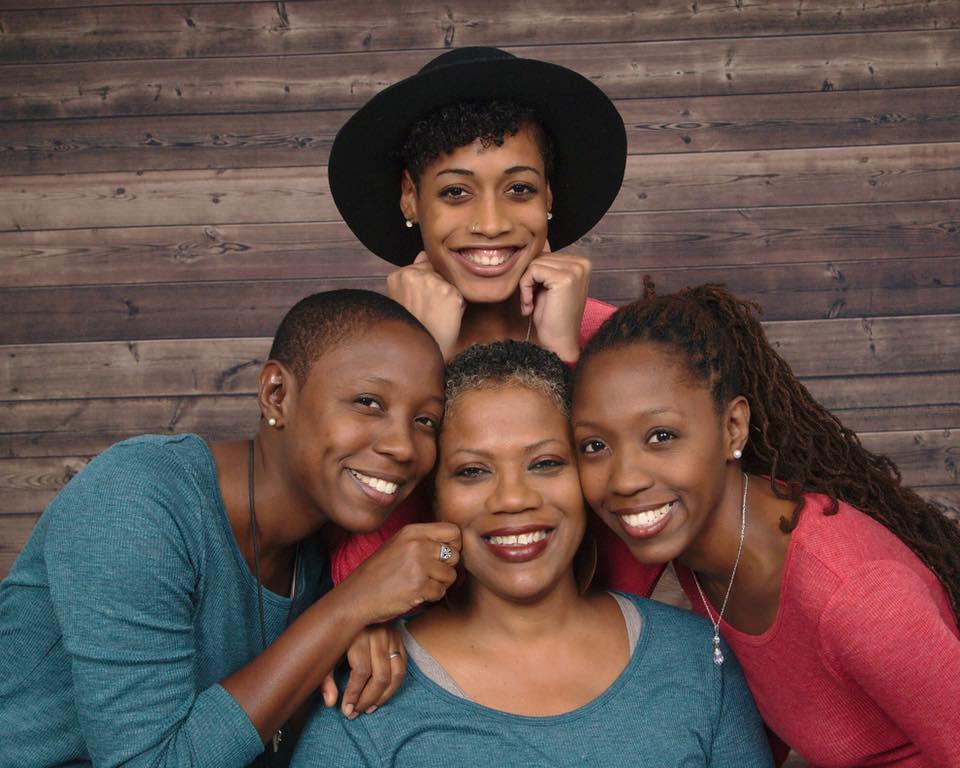 Payge with her mother, Jacqui, and sisters Anika (left) and Rianna (right)

With roots in a multi-talented and musical Trinidadian family, Paige Roopchan is fruit falling very close to the tree

By now, you’ve no doubt seen 28-year-old Payge Turner‘s stunning performance on the season premiere of The Voice last Monday. If not, you can check it out below. You can also read our full profile on the Payge Turner herself here.

All four ladies sing — both in church and devotional settings, and with the Marionettes Chorale. Jacqui joined as a teenager, and still sings with the adult choir, while Anika (a contralto) and Rianna (the lone soprano) both sang in the group’s Youth Chorale. Paige left Trinidad before she could join — “much to her disappointment”, says Jacqui. She moved with her father to the US not long before her 13th birthday, but has maintained an indelibly tight familial and musical bond with her mother and sisters through the years. Now based in Seattle, she even travelled all the way to New York last year when the Marionettes was performing at Carnegie Hall.

What started as a reserved but irresistible passion for music — listening to her mother and sisters rehearse, harmonise, and perform, and quietly picking out notes on the piano with her grandmother — grew in ways no-one initially expected. Paige was the first in the family to put music at the forefront, obtaining a degree in Music Theory and Vocal Performance before her move to Washington state. She’s a voice and keyboard instructor at the School of Rock Seattle, performing with her band whenever she can— and of course, is now a Gwen Stefani recruit for this season of The Voice.

As Paige — Payge — and her exhilarated and proud family find the spotlight on their talents widened and brightened, we chatted about the journey to this point, and what it all means. Truly means. We’ll publish our interview with Paige in part two of this series, so stay tuned!

CT: How was music present in the home growing up? And what did music mean to you?

ANIKA: Music was first present through Mummy. Mummy was a superstar as far as the three of us were concerned. I hold a vivid memory of sitting on the floor with my sisters next to a tape recorder as she rehearsed a song she was learning for a Marionettes concert. Our eyes would follow her every move. The amount of times we heard the music we knew each song and possibly each expression she would use to execute the “feeling” she wanted to convey.

The three of us girls would come together and do our own singing — pop songs, Disney hits. It was all fun for us. Eventually we moved to listening to gospel music of various genres as the four of us tried to deepen in our relationships with God at a turbulent time in our family.

Through that painful season, we recognised the harmonious blend of our voices. Mummy was most confident in her abilities because of her experience. Rianna and I were finding ourselves musically too. Paige was still very shy but would sing with our support. Within this time too we made our debut as a family group, singing in church. 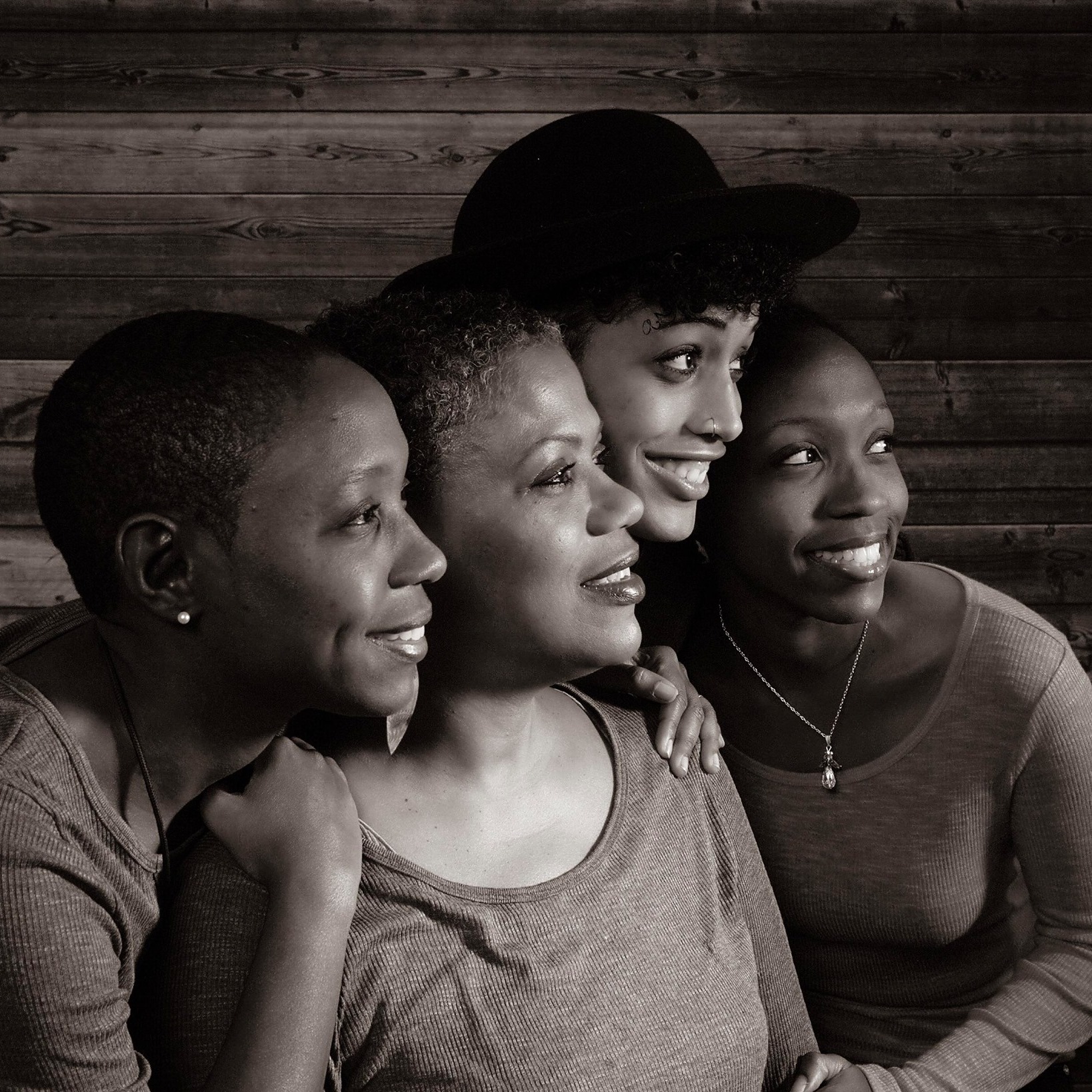 ANIKA: When Paige left, it was just the Johnsons making music together. The harmony, the anointing, the joy and talent is still there. However we are always aware that we are not complete. We are missing a “Paige” of our family album.

Over the years when we have come together to rehearse, we reminisce, we dream of the chance of her being a part of us. We pray. We cry. We rejoice too, in seeing what she is doing as a solo artist, the courage she displays. Though we are all apart our undeniable connection is what we give in music.

So when we see her evolution, we know the foundation.

Rianna and mummy got The Blessing a few years ago to sing with Paige in the US at a church service. That was a wonderful coming together.

In 2017 we were all in New York together and we sang a bit at an impromptu thanksgiving service with family for Rianna’s graduation, then at a thanksgiving dinner we were a part of. It was a learning for us how our styles changed, we’ve all sort of moved in slightly different directions with music.

This year we had a Facebook debut. 😄 Collaborating for a rendition of The Blessing. Mummy, Rianna and I sang. I played the guitar and Paige in post-production added the keys and her iconic facial expressions.

CT: When did it become clear that (given the kind of talent that all of you have), Paige’s was manifesting as something different? That her calling was different — for example, the singing, songwriting, playing different instruments?

JACQUI: At her home in Colby, Kansas when she would send us videos of her playing the piano and singing covers of artistes like Toni Braxton, Sade, also when she sent us a video of her singing the Star Spangled Banner at her high school’s basketball game. The songwriting moment that stands out for us is one of her first recordings of a beautiful original piece called New Beginning — she sang all the vocals/harmonies accompanying herself on the piano. She also plays guitar, percussion and drums.

CT: Did she share with you that she was going to audition for The Voice?

ANIKA: Of course she told us! Eh eh, we is she whooole tribe. Now please desist from asking us any further questions around The Voice, we are pathetic liars and we have sworn contracts to say little. We also are pathetic at keeping surprises. 😅 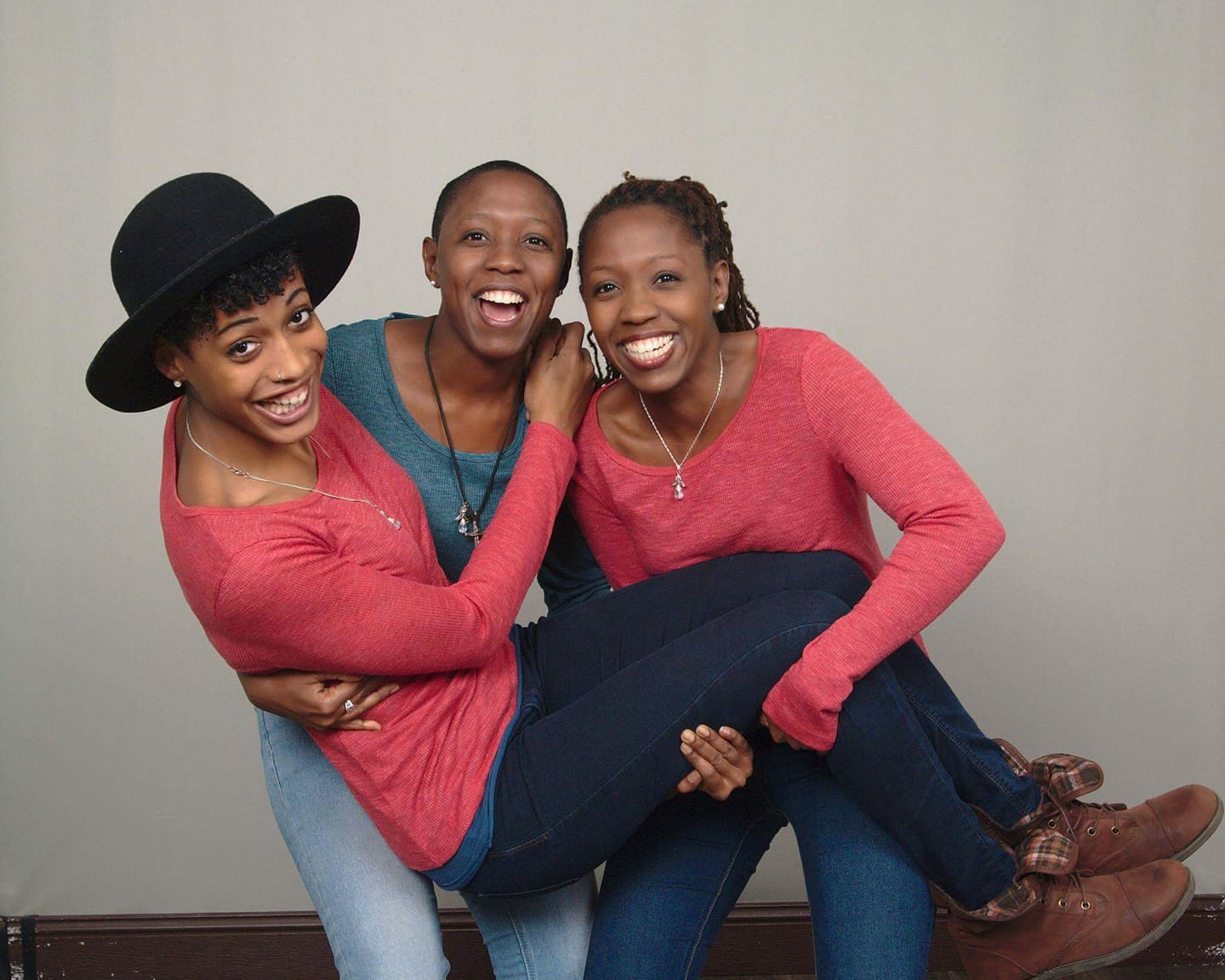 Paige with her twin sisters Anika (left) and Rianna (right)

[Editor’s note: this was Paige’s second turn at The Voice, having first auditioned a few years ago but not making it to the Blind Auditions on her first try]

CT: What would you like to see for Payge Turner, in this competition and beyond?

ANIKA: The first song Paige released was Beautifully Flawed. To this day it is my favourite. Not just because it was her first, but I think it is the revelation of her purpose and heart.

I wish to use a piece of that song to define what I hope for her now and beyond:

She is conversing with her Maker here, acknowledging that her creation was with purpose and vision. Ultimately that is hers to discover. My hope is that in every season, she seeks her Maker’s guidance and He be the only voice that defines her.

JACQUI: You know you’ve done something “gooood” when your children surpass your achievements and the teacher becomes the student. In recent times I would turn to Paige to seek her counsel with vocal arrangements for my Marionettes’ solos — we would sound things off each other.

The true honour for me came in April 2017 when I performed a rendition of Feeling Good arranged by Paige for my opening number of my concert in MovieTowne — my heart filled with pride.

CT: Bonus round — what question do you wish someone would ask? 😉

RIANNA: I wish people would ask what we appreciate about Paige and how she inspires us.

Paige’s indomitable spirit astonishes me. She has not had an easy road yet she’s full of hope, wonder, courage, and possesses a unique and undeniable sense of humour. She’s gifted — she knows it — and recognises her responsibility to perfect it and share it. Paigey inspires me to have the audacity to believe in my God-given purpose.

Paige and her twin sisters

Payge Turner performs at the blind auditions in the season 19 premiere of The Voice. Photo by: Tyler Golden/NBC)

Payge with her twin sisters Anika (left) and Rianna (right)