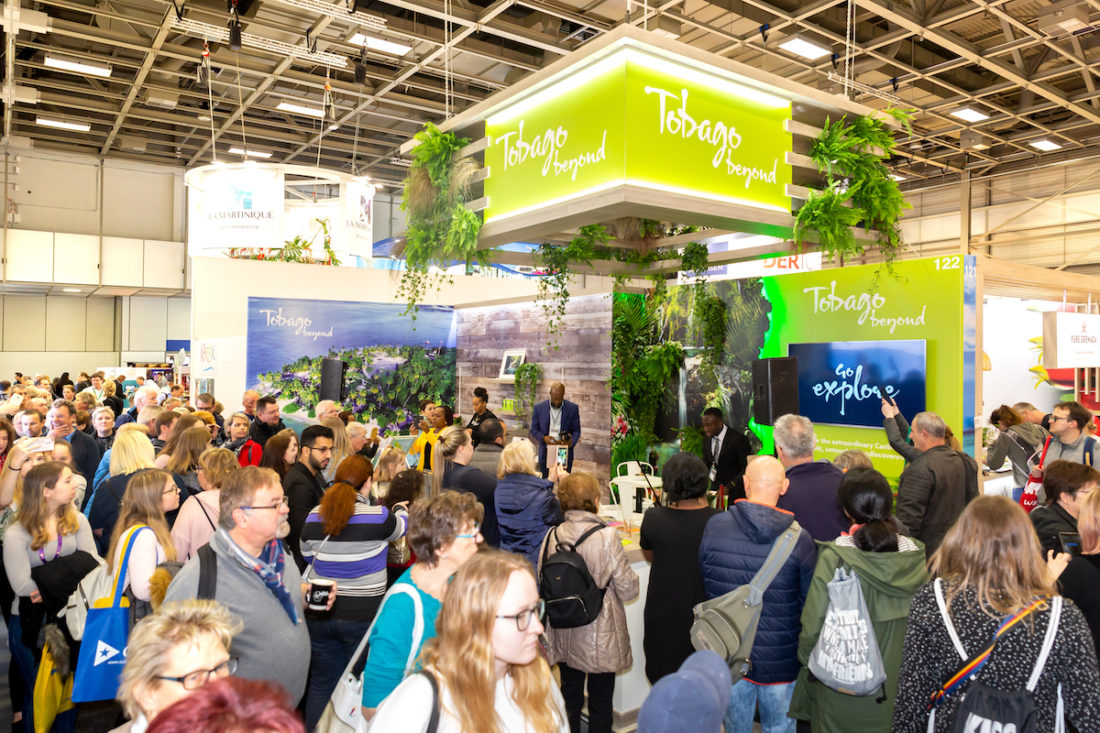 The Tobago stand at ITB bustles with activity

Earlier this month (6–10 March, 2019), Destination Tobago attended ITB Berlin to engage the German travel trade in efforts to boost arrivals to the island. Tobago officials report that they made significant progress in achieving this goal by establishing key partnerships, pursuing new avenues for industry growth, and launching the Tobago Beyond brand at one of the world’s leading travel trade shows.

Tobago was able to establish partnerships with specialist tour operators that can focus on selling the four distinct cornerstones of the island’s appeal: seas and beaches; eco-adventure and nature; romance and weddings; and local culture, people and heritage.

These operators will sell experiences on the island in addition to flights and accommodation, to increase online expenditure on the island and drive business to tourism related businesses in Tobago

Destination marketing in the digital age

This is part of a strategic plan for targeted engagement of the German source market through multi-channel digital platforms that are relevant to various target groups in the German market. This includes not just traditional social media platforms, but avenues such as podcasts channels, blogs, Spotify and Pinterest, all geared towards expanding the Tobago Tourism Agency’s #101reasonsTobago digital marketing campaign.

The delegation also met with travel referral websites for online reputation management of destination Tobago, in order to increase the island’s visibility and positive sentiment among European travelers.

A significant undertaking at ITB Berlin by the Tobago delegation was the launch of the Tobago Beyond brand and go to market strategy, specifically tailored for influential German-speaking travel media and travel trade stakeholders.

The event was attended by German travel trade stakeholders and members of the international media, and was featured on Swiss tourism website Travelnews.ch, German digital news platform Reis Vor 9, and other European media outlets.