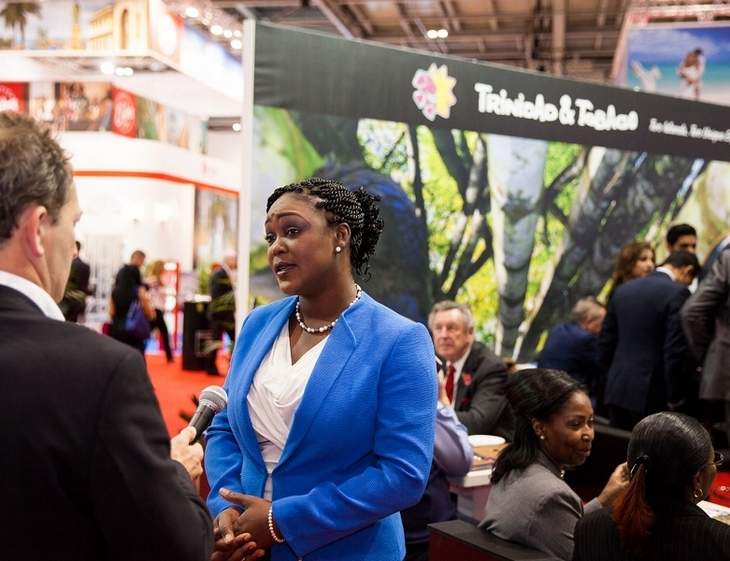 The annual World Travel Market (WTM) ran earlier this week in London, from 7th to 9th November, and early reports from the Trinidad & Tobago contingent — comprising senior officials from the Tourism Development Company of Trinidad & Tobago (TDC) and the Tobago House of Assembly (THA) — indicate a successful showing. The theme for Destination Trinidad & Tobago’s booth at WTM was: “Retained from the past, preserved for the future, enjoyed in the present”. It paid homage to global travellers’ increased interest in culture and heritage.

And as has been the case since inception, Discover Trinidad & Tobago was one of the tools used by the T&T contingent to market the islands. The magazine — which has been published unbrokenly for nearly 26 years — features a distinctive dual-cover design — one cover for each island (an adorable leatherback turtle hatchling making its way to the open sea in Tobago; and Gasparee Caves in Chaguaramas, Trinidad). Inside, the magazine helps readers discover where to stay, dine, lime, party, and shop; and what to see (including the islands’ best sites) and experience (including festivals, arts and culture, sports, and eco escapes), in both islands. There’s also a national calendar of events; info on getting here and getting around; tips for safe and sustainable travel; T&T history and society in a nutshell, maps; and more. Discover T&T 2017 will be distributed locally and internationally beginning 1st December.

In an interview with the Caribbean Tourism Organisation, Assemblyman Tracy Davidson-Celestine, Secretary for Tourism & Transportation and Deputy Chief Secretary of the THA shared that airlift to Tobago from Europe will be increased when Thomas Cook Airlines begins flying to Tobago from Saturday 12th November. Visitors to the Tobago will be able to book flights from Munich and Frankfurt (Germany), and Manchester (England). Secretary Davidson-Celestine also revealed that Virgin Atlantic airlines will resume flights from the UK to Tobago in December, and noted the on-going negotiations to establish a Sandals resort in Tobago.

Following meetings with Mot Travel — a travel company that offers bespoke holidays throughout the Caribbean for eco-tourists and culture seekers — the company agreed to consider adding Lopinot (Trinidad) to their future itineraries to T&T. According to the company, Trinidad & Tobago is the most popular destination for bird-watching and nature seeking tourists.

Meetings with the media also resulted in freelance journalist Rob Crossan’s planning a visit to Trinidad & Tobago in early 2016 to write a feature on the destination for monthly the UK’s monthly Sunday Times Travel Magazine. The publication has a circulation of 57,062, and each issue features one specific destination.

On Wednesday 9th November, Dr Lisa Indar, Director of the Tourism & Health Program (THP) at the Caribbean Public Health Agency (CARPHA), introduced the executive members of the UN World Tourism Organisation (UNWTO) to the programme and discussed how the UNWTO could collaborate with CARPHA to expose the programme globally. It was launched in Trinidad on 23rd September 2016. The main expected benefit of the THP is the enhanced health, safety, and security of tourism facilities, and thus the sustainability of the long-term image and reputation of Trinidad & Tobago as a tourism destination.

As the Caribbean faces intensified global competition for tourists, Trinidad & Tobago-based company Tourism Intelligence secured a contract to develop a strategic plan on behalf of CARICOM for the region’s tourism industry.