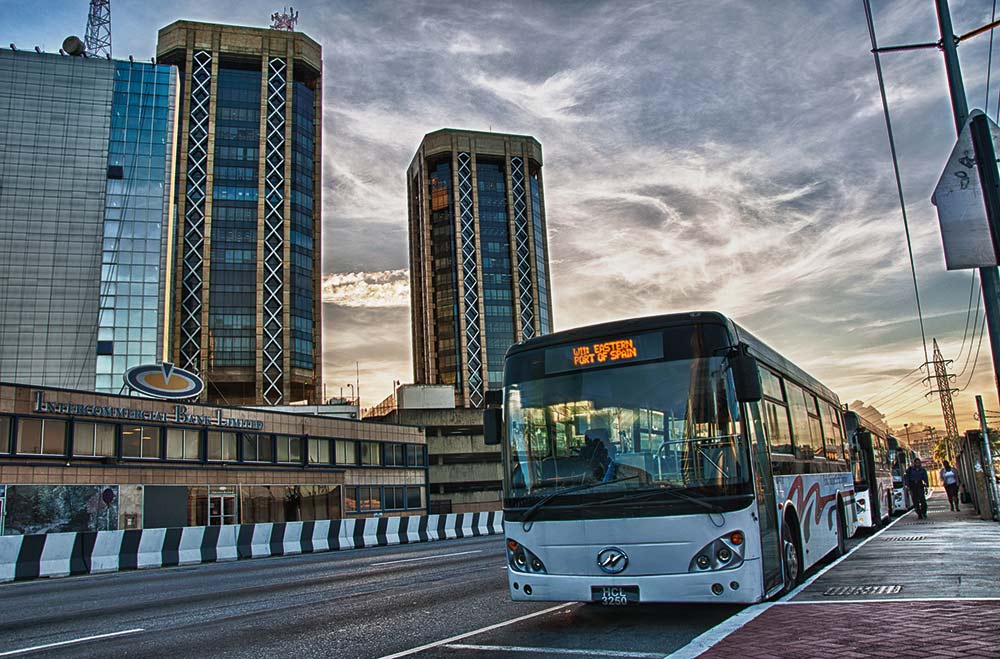 Trinidad and Tobago admittedly aren’t the easiest places for the uninitiated to navigate unless you do your homework or are armed with a healthy helping of street smarts. Whether you’re a local looking to explore, or a visitor here on holiday ready to discover the island, here is some info to help you get around the islands without losing too much time or money along the way!

Caribbean Airlines (625-7200) operates several flights a day between Trinidad’s Piarco International and Tobago’s ANR Robinson international airports. Tickets are US$48 for a round trip (20 minutes each way). It’s best to book early to avoid having to fly stand-by.

There is daily inter-island ferry service between Port of Spain and Scarborough operated by Port Authority of Trinidad & Tobago (625-4906), with the fastest ferry taking 2.5 hours, and the longest roughly 5 hours. Tickets are $100 return (adults); $50 (children under 11); while children under three and senior citizens (65+) travel free. If travelling with a vehicle, the cost is $200 one way, or $350 return.

There is also a west coast, intra-island water taxi service between Port of Spain and San Fernando, operated by National Infrastructure Development Company (NIDCO: 652-9980/800-4WTS). Tickets are TT$15 (Port of Spain–San Fernando) one way for adults. Infants under the age of one travel free, and senior citizens (65 and over) travel free on off-peak sailing times. Vessels include HC Katia, HC Milancia, Olivia and Su. Voyages between Port of Spain and Chaguaramas have been discontinued until further notice, as well as the free shuttle that facilitated connections.

A weekly ferry service to Guiria in northeast Venezuela from Pier 1 in Chaguaramas. The ferry runs every Wednesday. Travel time is approximately 3.5 hours. Tickets are TT$1,380 round trip (only Venezuelan citizens may purchase one way tickets) plus a TT$75 departure tax (waived for senior citizens over 60) and passport/visa requirements for entry to Venezuela must be followed. Children under 12 travel at half price; infants under two years old travel free. Tickets should be purchased three days in advance. *NB: this service has been suspended until further notice.

Authorised taxis operate outside arrivals halls at Piarco and ANR Robinson international airports; check approved rates (on display at the taxi stands). Taxis are not metered, so confirm the fare with the driver in advance. Authorised private taxis are identified by licence plates beginning with ‘H’ (for hire). International agencies and well-established local companies offer car rentals at both airports (see more below), while private taxi company listings are available in the TSTT Yellow Pages.

There are also new local mobile apps for on-demand rides that have recently launched (like Drop and Reach), emulating the functionality of international services like Lyft and Uber, the latter of which has announced a move into Trinidad & Tobago in the near future.

Buses operate from hubs in Port of Spain (the headquarters of the Public Transport Service Corporation or PTSC), Chaguanas and King’s Wharf, San Fernando (Trinidad); and Sangster’s Hill, Scarborough (Tobago). You can catch a bus to most towns, sometimes on an ‘express’ basis, and from Chaguanas and San Fernando (King’s Wharf) to more remote towns.

Large, generally air-conditioned and comfortable, buses are a cheap and safe way to see the country. Tickets and travel cards must be bought before boarding. Travel cards are available and coloured coded by municipality: Arima (pink), Chaguanas (orange), San Fernando (gray), Subscription (green).

Check the Public Transport Service Corporation or PTSC) for schedules and fares. The company also runs Know Your Country Tours – call 623-2341 or check the website for details.

The former terminal of the Trinidad Government Railway in South Quay, Port of Spain, is now the main public transport hub for the capital. Buses and maxi-taxis operate out of the building, now known as City Gate. The corresponding hub in San Fernando, Kings Wharf, was also once a train terminal.

If you’d like to travel on your own, renting a car is one way to get around both Trinidad and Tobago, as long as you plan your trip and drive defensively. Be mindful of oppressive levels of traffic during peak rush hours, especially in Trinidad. Driving here can seem like an adventure park ride. Local and international car hire/rental companies (like Hertz, Enterprise, and Thrifty) operate nationwide.

Visitors can drive for up to 90 days on a valid foreign or international licence.

These stop to pick up or put down passengers as necessary, servicing specific routes from designated taxi stands. You can get taxis to several destinations from hubs in Port of Spain, Chaguanas and San Fernando (in Trinidad); and Scarborough (Tobago). These are ordinary cars registered as taxis, also with ‘H’ licence plates. They are shared and follow specific routes, picking up and dropping off passengers along the way. However, for greater comfort, you can pay for two or three seats in the back.

These generally air-conditioned 12–25 seat minibuses operate with similar set routes (like route taxis), departing downtown Port of Spain from City Gate; San Fernando from near King’s Wharf; and lower Scarborough opposite the port. Hopping a maxi provides a true Trini experience, and is one sure way to get a feel for Trini culture, lingo and their flamboyant personalities. Most play music (sometimes very loudly). Bright colour bands indicate service areas:

Local knowledge is an invaluable resource for any traveler. Many visitors to T&T opt for a tour guide before embarking on their journey. For trips that are further afield or which require a licensed guide or tour operator (like to protected or restricted areas, for example Nariva Swamp and the Trinity Hills Wildlife Reserve), the Trinidad and Tobago Tour Guide Association and the Tobago Tour Guide Association (see contacts below) can be contacted directly to arrange tours and transportation on virtually any scale required: from a morning hike in the forest to a multi-day journey around the sites of either island. These associations can also manage inquiries about visits to restricted or out-of-the-way sites — such as Banwari Trace or the mud volcanoes — on your behalf. Several places of interest such as the Pitch Lake and Argyle Falls, and privately managed sites (such as Asa Wright Nature Centre) have certified guides on site. For trips that require special transportation arrangements — to places like Little Tobago or to plan a trip down the islands off Trinidad’s north-west coast, for example – most boat captains are de facto tour guides.

Note that any official tour guide will be happy to produce their official accreditation on request, if it is not already clearly displayed on their person.