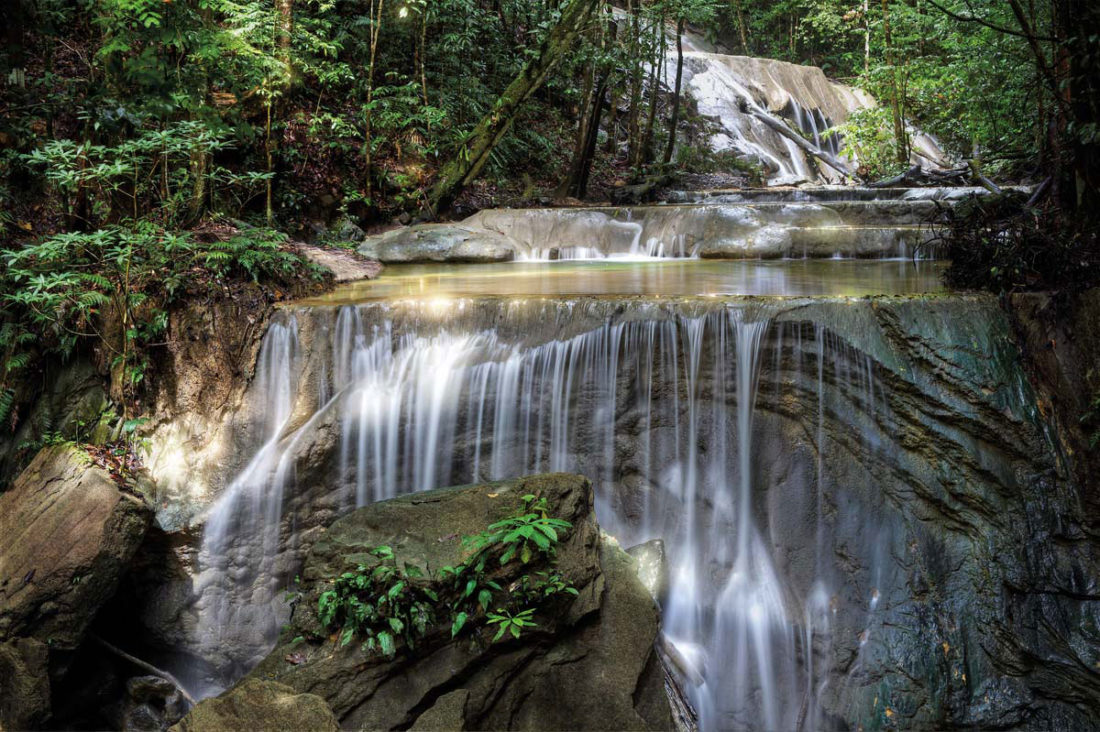 Some the best and most diverse hiking in the Caribbean

The trail is well marked by the Chaguaramas Development Authority. Ideal for novice hikers, it reveals a broad range of local flora and fauna, culminating in a breath-taking view of the 250-foot (76-metre) falls. Estimated completion time: 30 minutes at a leisurely pace.

The Community Reforestation Project provides forest tours that range from quick and gentle to more intermediate. 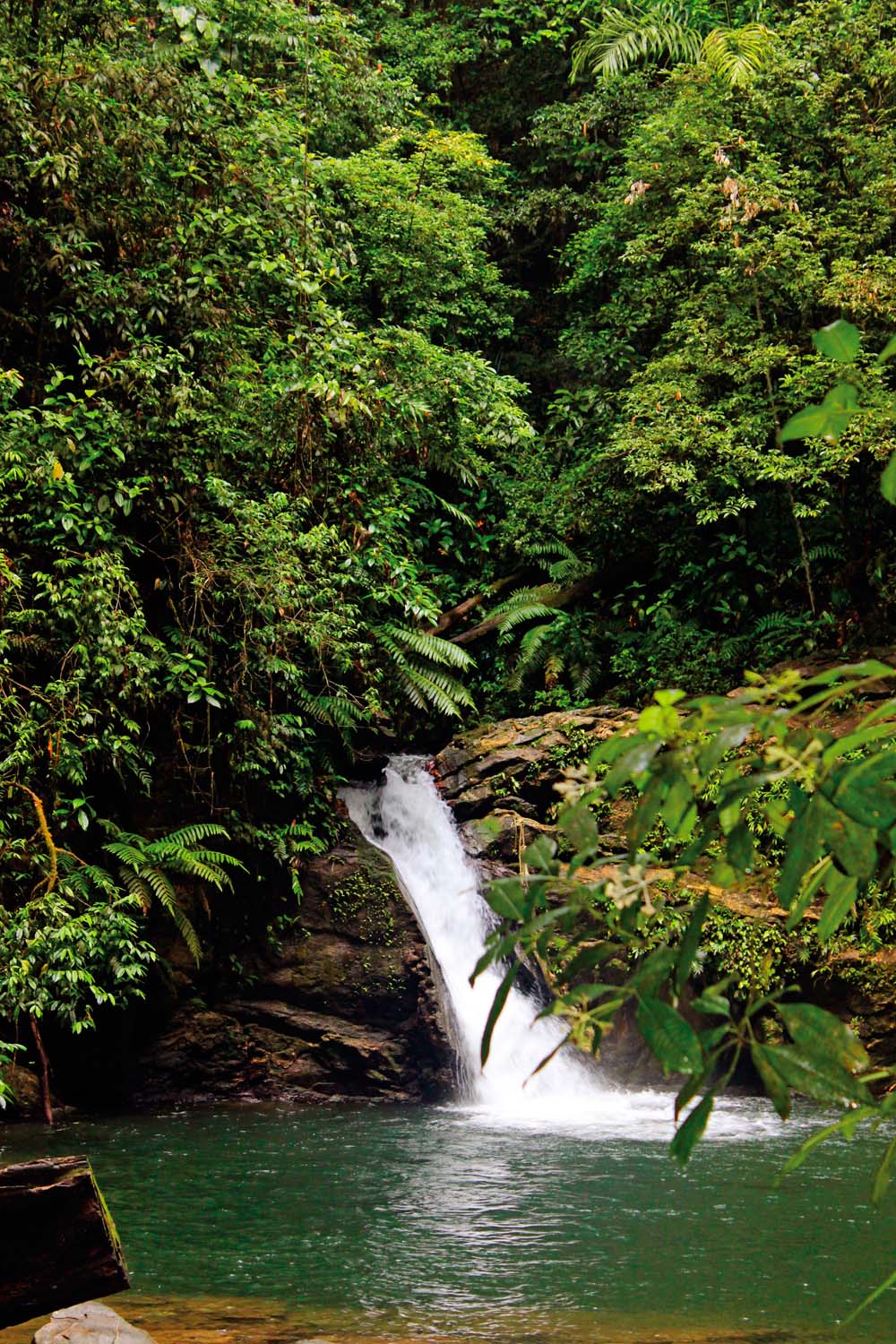 The Rio Seco waterfall is one of many deliciously cool watering holes in the country. The height from the top of the waterfall to the pool is about 20 feet. Photograph by Anu Lakhan

• For the intermediate hiker 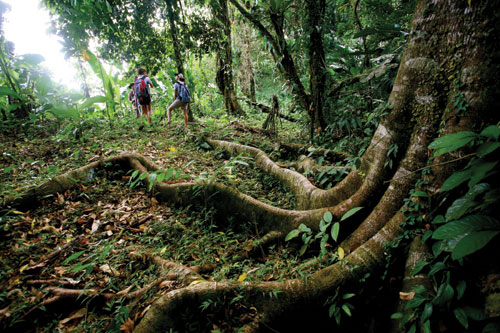 This is a roughly 90-minute hike to the limestone cave systems that massive colonies of bats — thousands from 12 different species — call home. The Tamana Bat Caves in the Central Range are home to an estimated 1.5 million bats. Yes. One for every Trini, with extras. Mt Tamana itself (313m/1,009ft) was revered as a sacred mountain to a tribe called Guarahoons from South America (one of the region’s First Peoples) who fled from the Spaniards to Trinidad. Twelve (some say it’s 11) of the 67 species of the nocturnal creatures on the island can be found in these caves, including vampire bats, fruit bats and insect bats. At dusk, they all stream out of the caves en masse to feed. This can take quite a while, and is something to behold, as thousands zip past you per second. An fairly easy hike through old coffee estates. Go with a reputable guide, and wear long pants and sneakers. 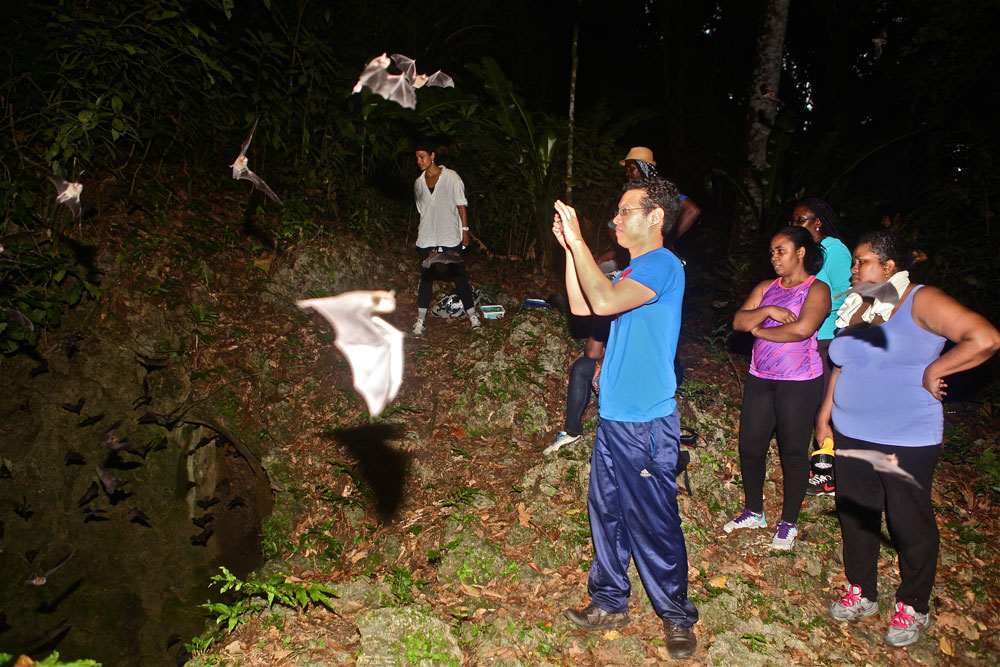 It’ll take you roughly 2 hours from Blanchisseuse to Turtle Rock then Cathedral Rock/Paria Arch. A pristine white sand beach, turtles (in season), and nearby waterfall are your reward. Also accessible via Brasso Seco. 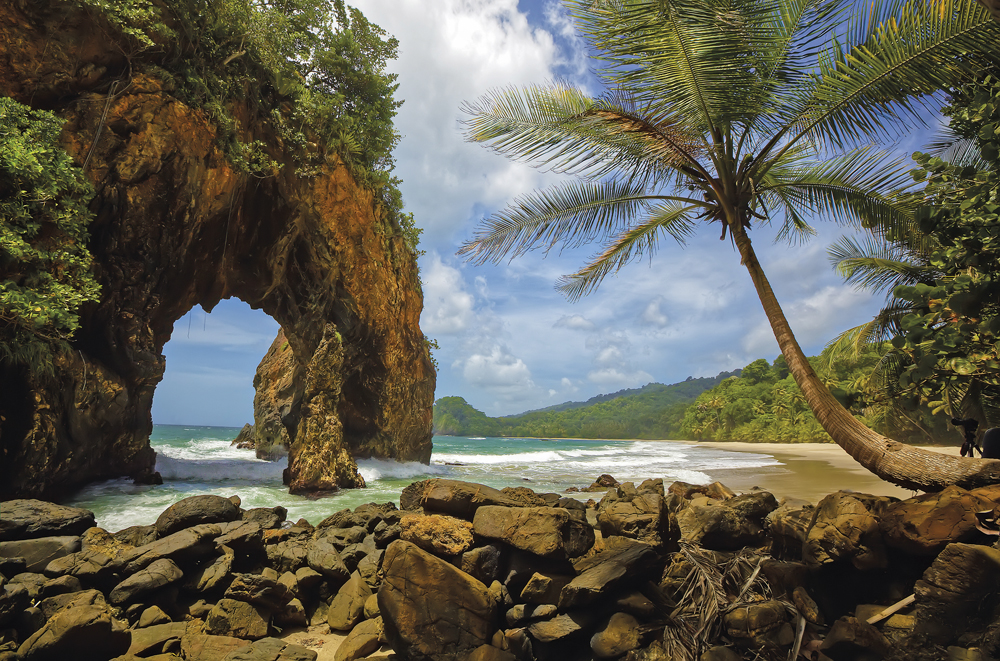 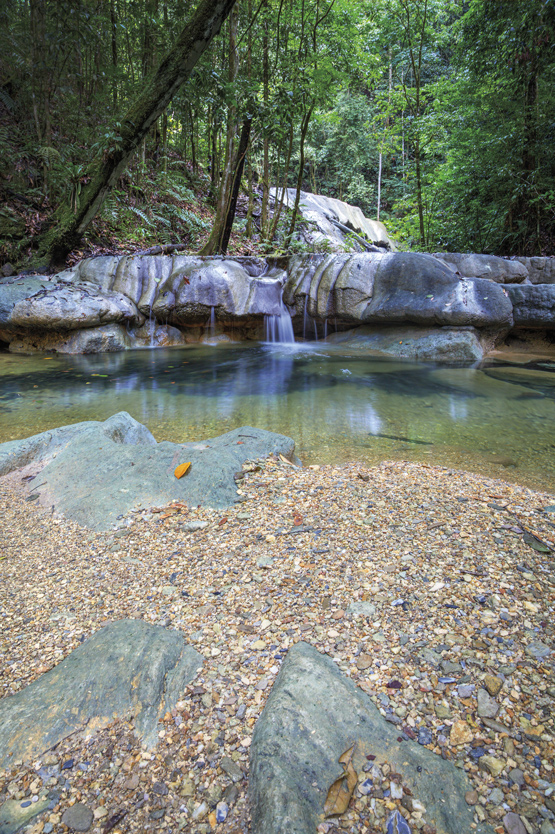 • For seasoned hikers only!

El Tucuche is Trinidad’s second tallest mountain (the tallest is El Cerro del Aripo). The rare golden tree frog is found only in two places: Venezuela and Trinidad. Locally you can find them in three remote spots: the summits of El Tucuche, Aripo, and Morne Bleu Ridge in the Northern Range. According to the International Union for Conservation of Nature, this endemic species is critically endangered due to its severely restricted habitat and fragmented distribution in the montane forest and elfin woodlands. At 937m/3,072ft, the peak of El Tucuche is a serious hike with potential hazards, especially in the rainy season. But the views are stunning. And you might just spot a golden tree frog hiding in a giant bromeliad. Plus there are toucans, mountain crabs, howler monkeys, cicadas, hummingbirds, and other rare species. By the way, there are actually two peaks…

It’ll take you roughly 3 hours from Matelot or 5 hours from Blanchisseuse. A beach, river, waterfall, and turtles (in season) await.

Veterans love the challenge of this gruelling hike: a high-altitude start leads steeply down to an expanse of secluded beachfront. The trek to Saut d’Eau beach is long and difficult, but worth it. The only way to get there is through Paramin and down the side of the mountain via a dirt path. You can take a jeep or walk to the top of the mountain known as Barre La Vigie (patois for lookout point or crow’s nest), which reaches 550m/1,800ft above sea level. Up to the mid-20th century, Saut d’Eau Beach used to be a thriving fish depot, where the men of Paramin would bring in their catch. It’s directly across from Saut d’Eau Island, a bird sanctuary for pelicans and other rare species that is off-limits unless you obtain a permit from the Forestry Department. The clear, cool waters of the bay are the perfect pick-me-upper after the hike. A 9m/30ft waterfall cascades into the sea, with others nearby. The return climb to the summit is even more testing, but the views from the top will make you feel like a champion when you get there. Estimated completion time: three blood-pumping hours, there and back again. 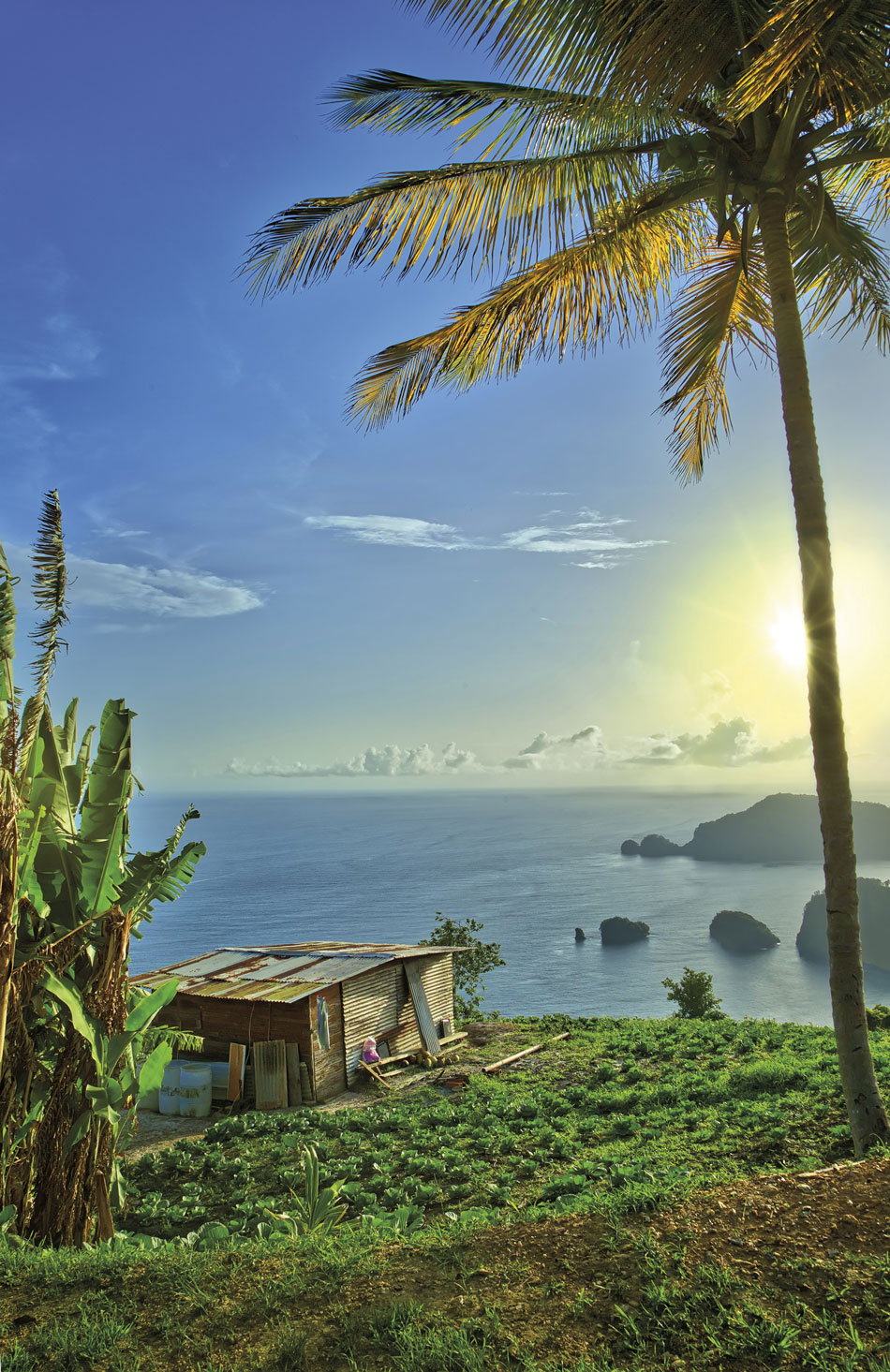 View of Saut d’Eau from Paramin. Photo by Chris Anderson