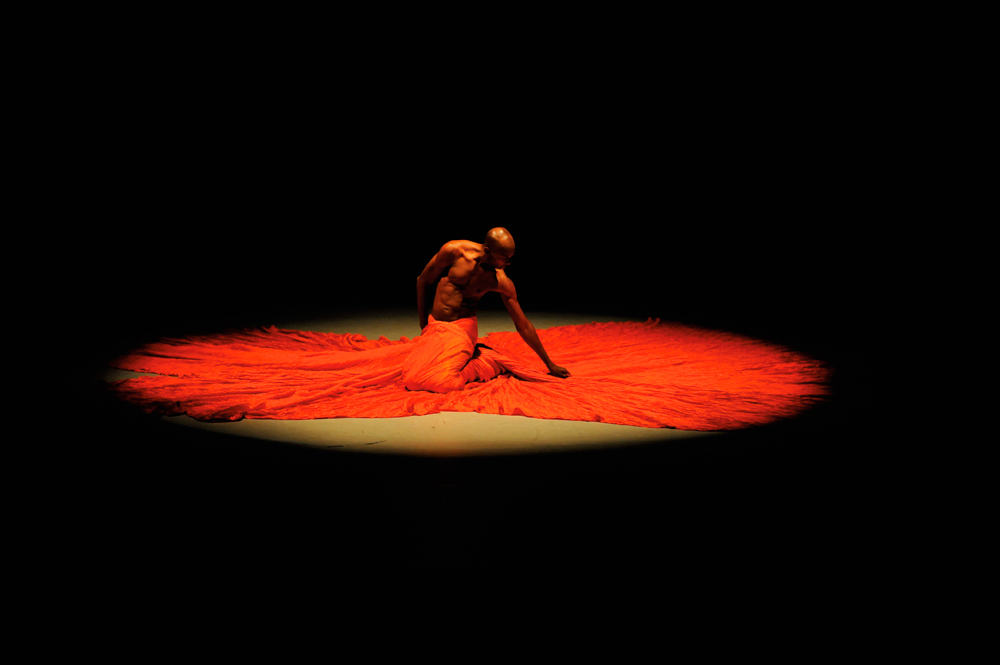 Every culture is unique, but Trinidad is doubly special because of the number of arts and cultural traditions that have been preserved and cross-pollinated by generations of migrants from all over the world, all in one small island. This makes Trinidad constantly abuzz with artistic and cultural activity.

The small size of the local arts scene means that many artists are part-time semi-professionals. But there’s certainly no shortage of vibrancy or creativity. Artists draw on the classical and folk traditions of Europe, Africa and India, combining them in original ways or adding a creole touch to create new forms that are distinctly Trinidadian.

With limited audiences, events often have short runs, so if you blink you’ll miss them. Keep a close eye on ads and announcements in the local media and especially online. Facebook has become one of the most reliable sources for information about current arts and cultural events.

It used to be that most of the work not directly related to the Carnival arts closes down after Christmas, when Carnival shows and parties take over, resuming by Easter. However, that’s changed in the last few years, with theatre producers, music presenters, and artists all showcasing work almost right up to Carnival and soon after. Around September, look out for performances of Ramleela, an epic adaptation of the Ramayana enacted by villagers at open-air venues, mostly in central Trinidad.

Activity is typically concentrated in or near Port of Spain, with music and theatre taking place in venues from Chaguaramas in the west to the University of the West Indies (UWI) in the east. But San Fernando has its own arts scene, a long-established theatre tradition, and a recently opened branch of the National Academy for the Performing Arts (NAPA South).

Government-sponsored events include the annual production of Best Village, a festival of the folk arts. NAPA North in Port of Spain has staged specially commissioned shows that include steelband concerts and musicals.

Trinidad’s most popular musical exports are probably the steel pan (created in Port of Spain in the 1930s) and calypso. Classic old-time calypso is still a staple on the menu at the Nu Pub (formerly the Mas Camp) on Ariapita Avenue in Woodbrook, and steelpan players entertain audiences at competitions, festivals and events year-round (but especially at Carnival time).

For indigenous Trinidadian music – calypso, soca, and steelpan – the best time of year is clearly Carnival, but increasingly these can be enjoyed year-round. Competitions are a great place to hear established and budding music talent.

Beyond our local traditions, there is an increasingly diverse music scene. There is a strong tradition of artists who grow their own “world music” from distinctly Trini roots: local fusion bands 12theband, jointpop, Orange Sky and Freetown Collective; sitarist Mungal Patasar and his Indian-creole fusion music; Orisha chantuelle Ella Andall; the rapso of 3canal and Maximus Dan; and Trinidad-born star Heather Headley.

There are small but vibrant pockets of rock, pop, reggaeton, R&B, jazz, and reggae musicians who are gaining prominence. Home-grown indie music, local rock, jazz and chutney can often be heard live at bars and restaurants.

If you’re in the mood to party, look for shows by Machel Montano; Kes the Band; Destra Garcia; Shurwayne Winchester and YOU; Faye-Ann Lyons, Bunji Garlin and the Asylum Band; Iwer George; and other countless soca stars.

With several theatrical companies and venues, options vary from popular farces to lavish song and dance musicals (both local and foreign) or intimate solo shows and dramas. There is usually at least one play running on any given weekend, and sometimes there’s a play at every major auditorium in the country.

University departments (and new theatre companies founded by recent graduates) and community organisations produce excerpts or full productions of popular musicals (both local and foreign), while Lilliput presents children’s theatre. The Centre for Creative and Festival Arts at UWI, St Augustine and the emerging theatre programme at the University of Trinidad & Tobago (UTT) stage productions that have included local and regional classics, calypso musicals, and plays based on local history. There are also intimate dramas, solo shows, and experimental performances.

Popular venues for plays include Queen’s Hall and National Academy for the Performing Arts (NAPA) in Port of Spain; the CLR James Auditorium at the Cipriani Labour College in Valsayn; Naparima Bowl and SAPA (the southern campus of the Academy for the Performing Arts) in San Fernando; the Central Bank Auditorium and Little Carib Theatre, also in Port of Spain. The Belmont-based Trinidad Theatre Workshop, founded by Nobel laureate Derek Walcott in 1959, also produces Caribbean and international classics and hosts readings and workshops for new works at their black box theatre.

The island’s festivals produce both original and ritual drama. The annual Best Village competition runs each year, and is where many local actors and playwrights cut their teeth. The epic Hindu ritual of Ramleela is staged in central Trinidad annually before Divali.

For stand-up comedy with a strong local flavour, sample shows by Rachel Price and Learie Joseph.

The local dance scene spans regional folk dance (the most popular being the indigenous limbo, bongo, and bele), ballet, jazz, modern, Indian classical, and styles from around the world.

The Best Village competition keeps folk dance traditions alive in local communities, and groups like the Northwest Laventille Cultural Movement and Shiv Shakti dance company often guest at shows across the country through the year, particularly around cultural holidays.

The seven galleries of the National Museum house some of the country’s best artwork, and a number of other fine galleries showcase new work. The Museum (623-5941) has a small representative collection of local art which is on show for most of the year, and a collection of watercolours by the country’s leading 19th-century painter, Michel Jean Cazabon.

The Art Society has an annual show of new work that includes paintings, drawings, and sculpture. The society also organises plein-air painting sessions in picturesque venues, mostly in the dry season of course.

Art exhibitions take place year round, and primarily between Easter and Christmas, at several established galleries and other venues that might include an artist’s home, a restaurant, or the lobby of a corporate headquarters. Popular galleries include: 101 Art Gallery, Fine Art, Horizons, Medulla, Softbox Studios, and Studio 66.

There is a significant art market, and a number of notable local artists. Landscape features very prominently in a lot of local painting, but there’s also abstract and avant-garde work to be seen.

Monique Roffey and Amanda Smyth are among local writers who have published internationally successful books recently: Roffey’s novel White Woman on a Green Bicycle was shortlisted for the 2010 Orange Prize, and won the 2013 Bocas Prize. Both visited Port of Spain to launch their books.

Book launches, readings and lectures take place at the National Library, UWI, the University of Trinidad & Tobago, the National Museum, and at bookstores.

Their work is available at libraries, and fine book stores like Paper Based in Port of Spain, and Nigel R Khan and RIK nationwide, and a great time to experience some of the finest Trinidad & Tobago and regional literature is during the annual Bocas Lit Fest (the Trinidad & Tobago Literary Festival).

Film is a growing industry here, with several filmmakers of Trinbagonian heritage producing and showcasing their works internationally. The two-week annual Trinidad & Tobago Film Festival in September/October screens local, regional and international films at MovieTowne and other venues. Trinidadian filmmakers Mariel Brown, Sean Hodgkinson, Damian Marcano, Horace Ové, Yao Ramesar, and Frances-Anne Solomon have had notable feature-length releases in the last few years, while the festival runs community screenings, workshops and other industry development initiatives year-round. There is also a European Film Festival which screens some of the finest releases from Europe.

For more commercial entertainment, there are several cinemas across the island. Some older venues still show the traditional “double-feature”, with two films on one ticket. There are also three multiplex cinemas (MovieTowne in Port of Spain, Chaguanas and San Fernando; and Caribbean Cinemas 8 at Trincity Mall and Southpark San Fernando) and an Imax Cinema in Port of Spain.

Local jewellery ranges from the shells and seeds strung together by Akilah Jaramogi (sold, along with other local craft, at the Hotel Normandie), to the works of art wrought from gems and precious metals by Chris Anderson, Gillian Bishop, Janice Derrick, Barbara Jardine, Rachel Ross, and Jasmine Thomas-Girvan, all renowned for their handcrafted jewellery.

Alice Yard in Woodbrook is the backyard of a house that once belonged to architect Sean Leonard’s great-grandmother. Now it hosts performances and installations by local and visiting artists who work in the visual media, dance, music, and literature. Recently it’s been the site of a pop-up store selling clothes and bags designed by Robert Young of The Cloth.