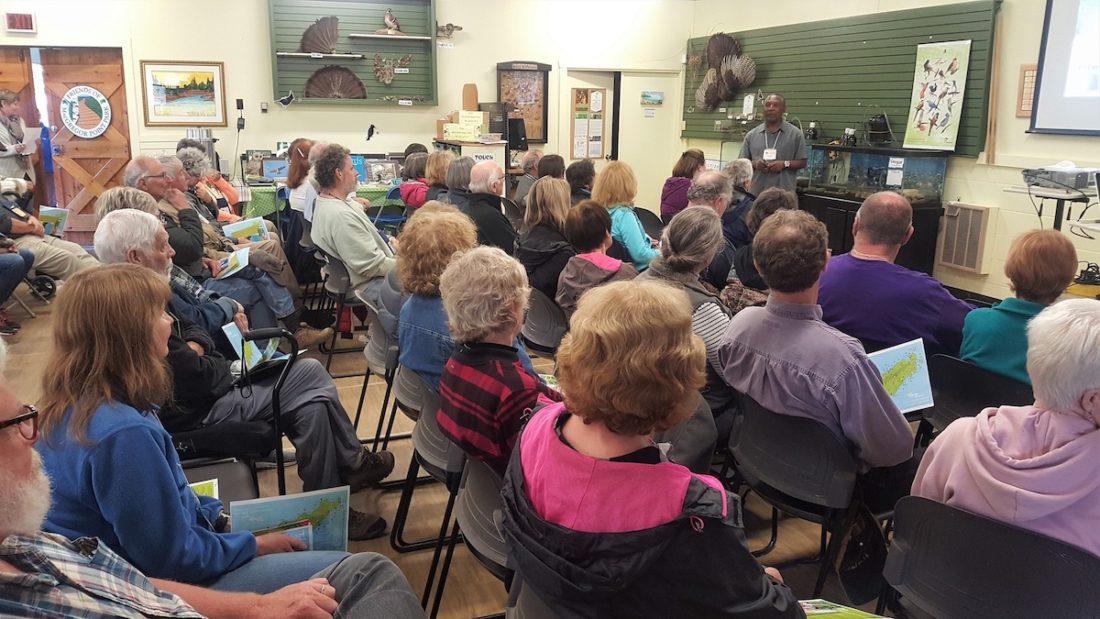 Newton George presents on birding in Tobago to festival attendees

The Tobago Tourism Agency Limited (TTAL) facilitated Tobago’s presence at the Huron Fringe Birding Festival in Canada from May 24 to 27, 2019 to promote the island as a premier birdwatching and eco-adventure destination in the Canadian travel market place.

The festival took place at the MacGregor Point Provincial Park in Ontario, Canada, attracting participants with varying levels of interest and skill in botany and ornithology (the study of birds) from around the world. The packed programme included sessions on bird identification and nature photography, guided hikes, and keynote presentations featuring speakers from the international birding community presenting on topics relating to ornithology.

One such session featured Tobago’s very own Newton George — leading birdwatching, wildlife, and natural history tour guide — speaking on the topic of birding in Tobago. George is an experienced and knowledgeable ornithologist. During his presentation to event attendees, he highlighted the approximately 220 species of birds found on the island, as well as the unique culture of Tobago.

George’s attendance at the festival complemented the Tobago Tourism Agency Limited’s efforts in promoting Tobago as an eco-destination, affording the destination an additional platform to be positioned in this niche field of interest. 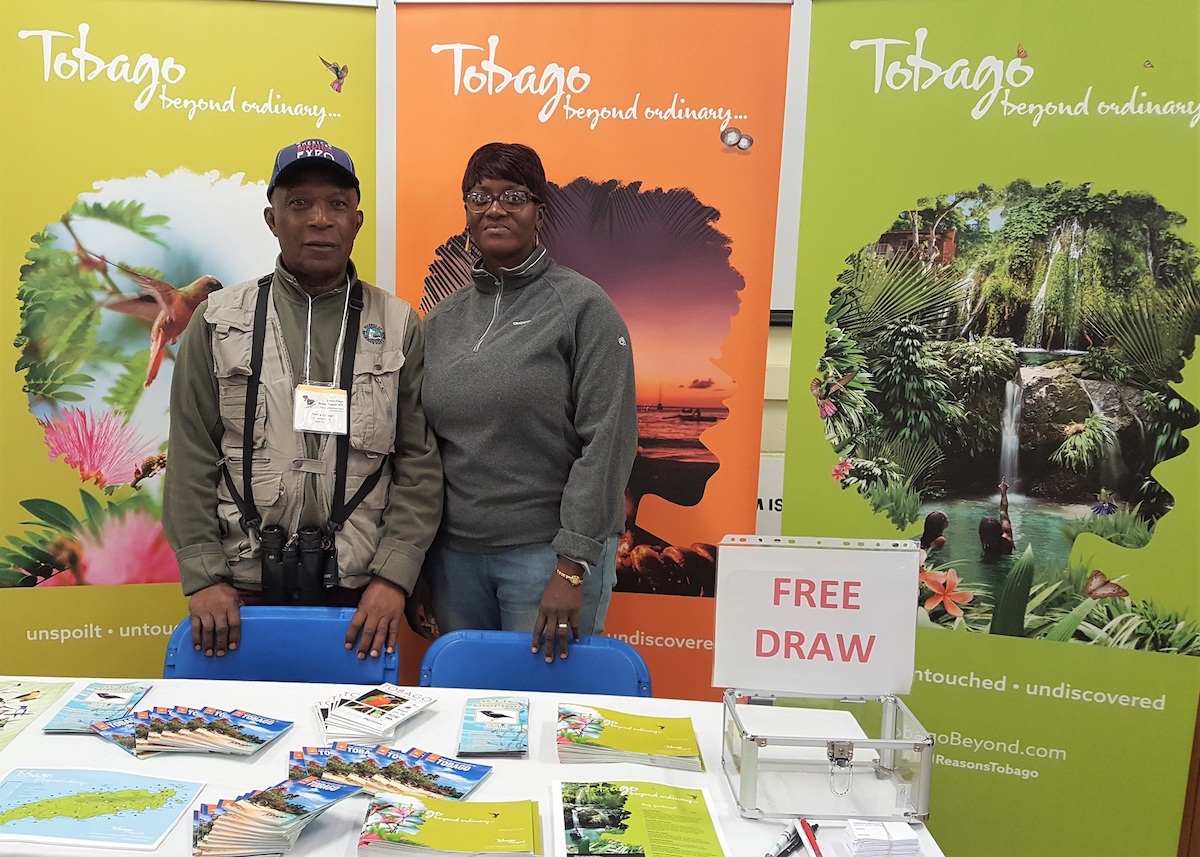 The four day festival also presented an opportunity for TTAL to raise awareness about the destination through engagement activities at an interactive Tobago booth, managed by the Agency’s Promotional Analyst for the Canadian market Jesille Peters, along with Mr. George and Mrs. Dianne Pilgrim-George.

In addition to information disseminated about Tobago at the booth, the team engaged with key decision makers in Canadian’s birdwatching community as well as travel trade partners, to build relationships and foster strategic partnerships aimed at increasing the number of birdwatching and eco-adventure visitors to Tobago.

Tobago’s presence at the Huron Fringe Birding Festival afforded the destination the advantage to showcase the diverse ecosystem found on the island, allowing Tobago to be the natural viable option for potential birding expeditions from the Canadian market. 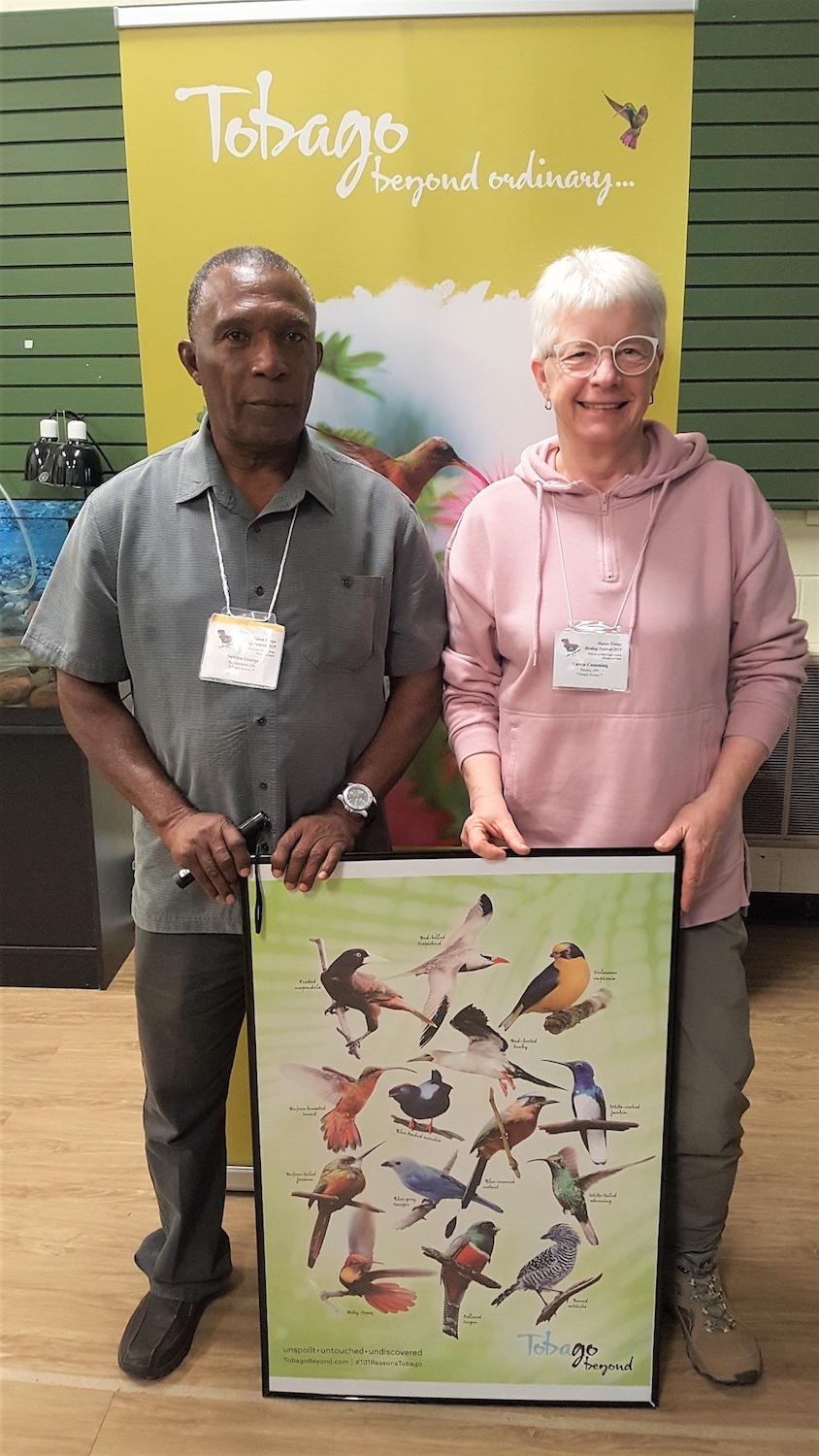