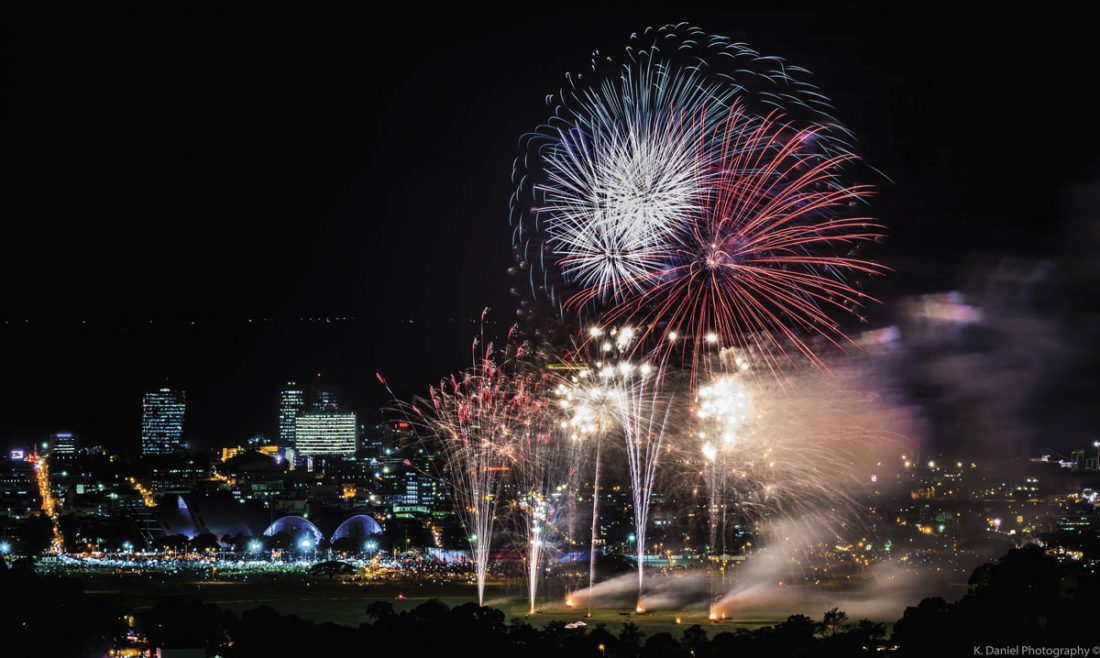 The day usually begins with a parade of the various protective services at the Queen’s Park Savannah in Port of Spain and in Scarborough, Tobago, with national political leaders in attendance. Firework displays often conclude the celebrations in both Trinidad and Tobago (so precautions should be taken to safeguard vulnerable citizens like the elderly, as well as pets). There also are often huge concerts just before the holiday. For many years, national awards were presented to esteemed citizens on the evening of Independence Day, but in 2017 this was moved to Republic Day.

For 2020, however, the parades and fireworks display have both been cancelled for safety reasons due to the Coronavirus pandemic.

A few weeks after Independence Day, Republic Day (also a public holiday) marks the adoption on 24 September, 1976 of a new republican constitution (in which a President replaced the Queen of England as the head of state, and the islands became a republic within the Commonwealth), and the first meeting of the republican parliament.

“The first responsibility that devolves upon you is the protection and promotion of your democracy. Democracy means more, much more, than the right to vote, and one vote for every man and every woman of the prescribed age. Democracy means recognition of the rights of others.

“All that is our Democracy, to which I call upon all citizens to dedicate themselves on this our Independence Day. This is what I meant when I gave the Nation its slogan for all time: Discipline, Production, Tolerance. Indiscipline, whether individual or sectional, is a threat to democracy.”