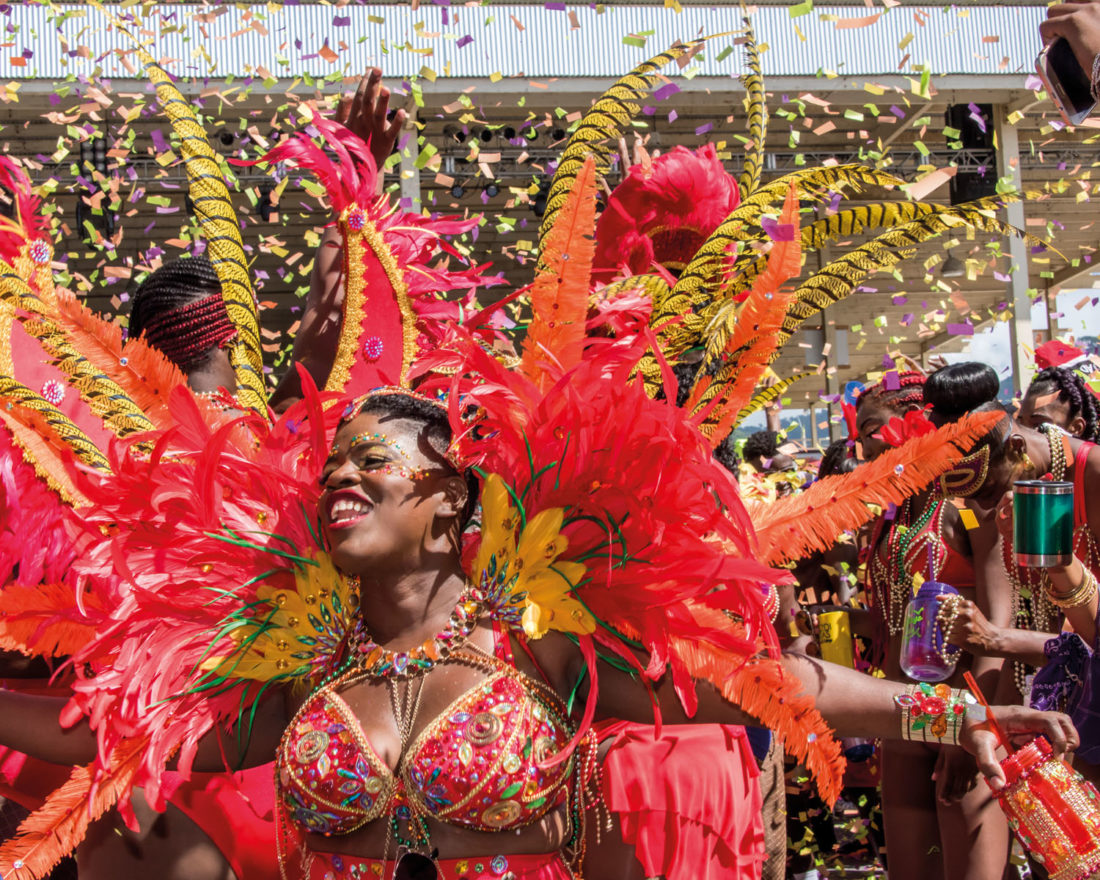 Though Carnival culminates on the Monday and Tuesday before Lent, it would be a mistake to think of it as anything but a season … the limits of which are increasingly up for debate! You could think of it like a large, multi-course buffet, where you could try to enjoy every dish and every course (and possibly burst); or put together the perfect plate for your palate … or having nothing at all (which I suppose means you’d be leaving the restaurant altogether, to keep the analogy going).

But if you’re new to Trinidad Carnival, know that most everything else you’ve heard about it is true. Yes, people dance and party in the streets for two days straight. People let loose for weeks before the dancing and partying in the streets on Carnival Monday and Tuesday. Yes, it’s the mother of West Indian-style carnivals throughout the Americas and beyond. You can get a taste of the experience in New York, Toronto, London and other Caribbean strongholds the world over, but you won’t know true Trini Carnival experience until you return to the source. Yes, Carnival Monday and Tuesday is, in our opinion, the world’s greatest street party (we think that’s a far better descriptor than the misleading cliché, “the greatest show on earth”). And yes, love it or hate it, it is a uniquely Trinidadian experience you are unlikely to forget.

Bottom line: there’s no right way to do Carnival. To think of it that way would be to defy the very origins of Carnival — an irrepressible impulse to throw off all ideas about order, authority, propriety, or conformity in favour a of a sublime catharsis that you can only know when you feel it. It is your time. To do what you want. At your pace. With your agenda. Play yuhself! 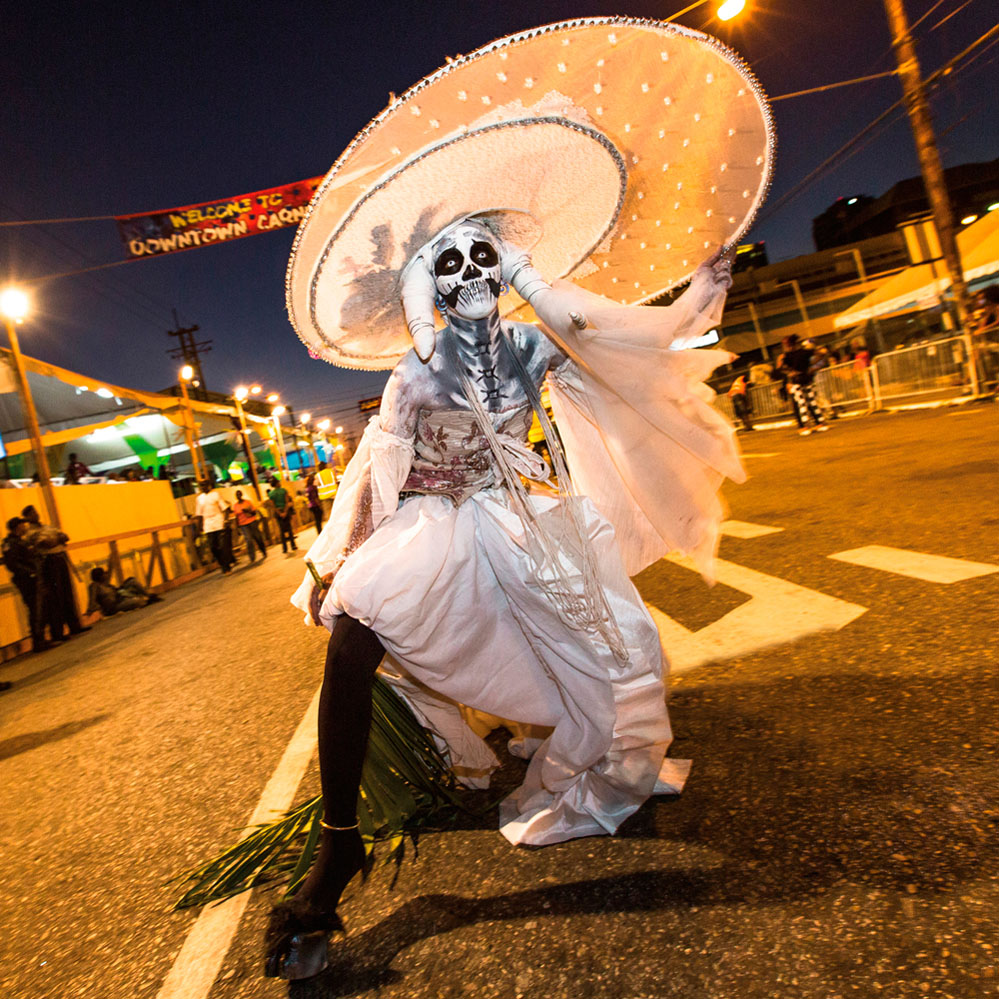 The origins of Trinidad Carnival date back to the 1780s and lie in a unique interaction between Africa and Europe. The descendants of West African slaves and French planters both brought their traditions of masking and street processions across the Atlantic, the recreations, reinventions, and renegotiations of which have evolved on Trinidadian soil for over 200 years into the diverse and sprawling festival it is today. From sugar cane harvest processions to intimate masked balls during the colonial era, Trinidad Carnival has emerged as a unique festival on the world stage, with more events during the course of the Carnival season than anyone could even hope to attend. Each event — the costumes, the traditional characters, the parties, the music, the artforms, the steelpan — has deep cultural roots, representing one of the unique aspects of the Carnival and reflecting Trinidad’s distinctive history.

Today, you’ll hear the oft-used rhythme that “Carnival is bacchanal”, and it is — the Carnival has always had a subversive streak. Jamette (from the French diametre, or “line of respectability”) was a term used by the French and British in colonial times to describe the “under-class” and the perceived violence, lewdness and dirtiness of their Carnival activities. These days, it is still used to describe “bad behaviour” of all kinds, and to describe women who assert the freedom to cross the line of “respectability”. A large part of Trinidad Carnival is therefore about abandon and confrontation, an anti-authoritarian movement subverting all that inhibits and represses. So what you’ll find is a strange, testy negotiation between organisation and mayhem, rules and anarchy. And that hot and sweaty, drunk and disorderly, loud and wassy space in the middle is bliss for some, purgatory for others. Love it or hate it, it is a uniquely Trinidadian experience you are unlikely to forget. Are you ready for the road? You cyah play mas and ‘fraid powder! Click here for more on the birth and evolution of the festival. 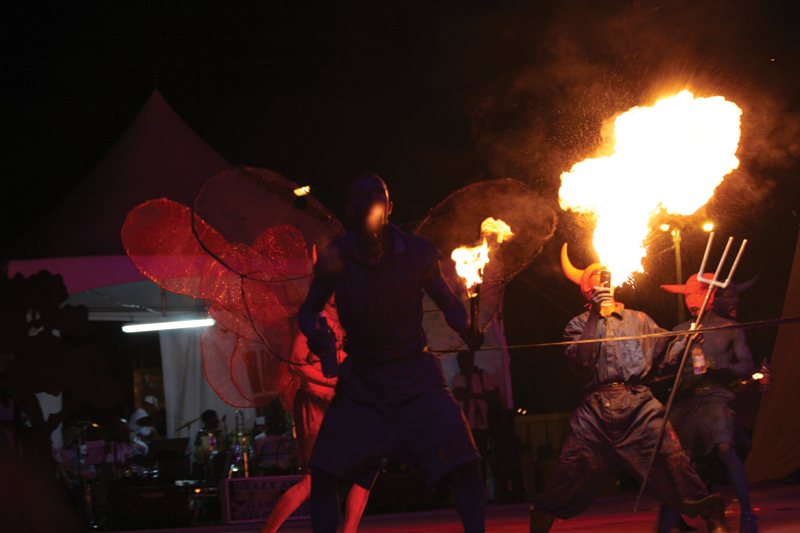 They call it the soca switch. It used to be from Boxing Day (the day after Christmas) that radio stations across the islands would switch from Christmas music (or whatever they were playing) to Carnival music. The radio and television airwaves become dominated by the latest soca, calypso and pan tunes, while would-be masqueraders embark on gruelling fitness regimens to build up their stamina and physiques for the wining season. But these days, with Carnival band launchings starting as early as July, and soca artists unveiling their big Carnival tunes months before at carnivals in the diaspora, it seems that Carnival is ever-present. It’s no wonder, then, Trinidadians are accused of having a “Carnival mentality”.

So long before the traditional cultural components of Carnival take prominence, there are fetes. Lots and lots of fetes. From the band launches that begin in July to the fetes that take you into J’ouvert. After Christmas, things get serious. And you are faced with some serious decisions. The fetes are something of a buffet too. What sort of vibe do you want? Day-into-night fetes? Night-into-morning breakfast fetes? Upscale, all-inclusive fetes (where you have to budget for both the ticket price and your wardrobe)? Or lower-key, budget friendly cooler fetes (where you can bring/buy your food and drinks)? Which acts do you want to see? All these questions will determine your fete calendar.

Which fetes are best?

The best in show …

Speaking of headliners, you can catch both living legends and the stars of the moment at a range of shows — including their own. There are a handful of vintage calypso tents where you can see calypsonians sharpening their barbs, but also a range of calypso competitions highlighting the range of the artform; intimate concert events (like Under the Trees, and events at Kaiso Blues and Estate 101); huge concerts by soca stars (like Machel Montano and KES) and party promoters. There are more theatrical events like 3canal’s annual Carnival show and the Canboulay Riots Re-enactment (staged the Friday morning before Carnival, where stickfighters, moko jumbies and a cast of actors and dancers descend on east Port of Spain commemorate the 1881 Carnival-time uprising against British colonial authorities). 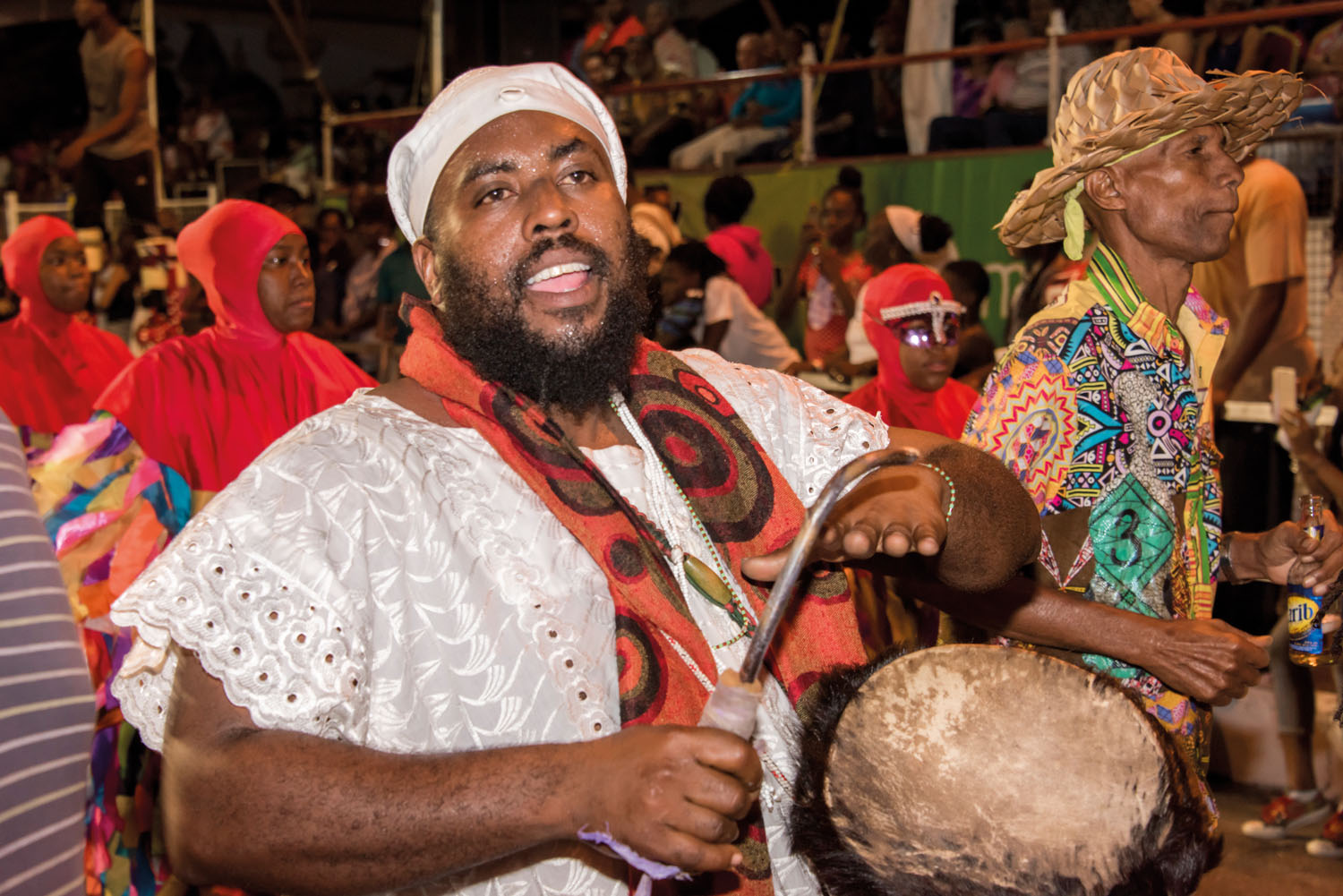 On the Friday night before Carnival, the Soca Monarch final is a combination of party and competition, featuring some of the best soca artists in the region. And Champs in Concert features all the winners in a show just after Carnival. 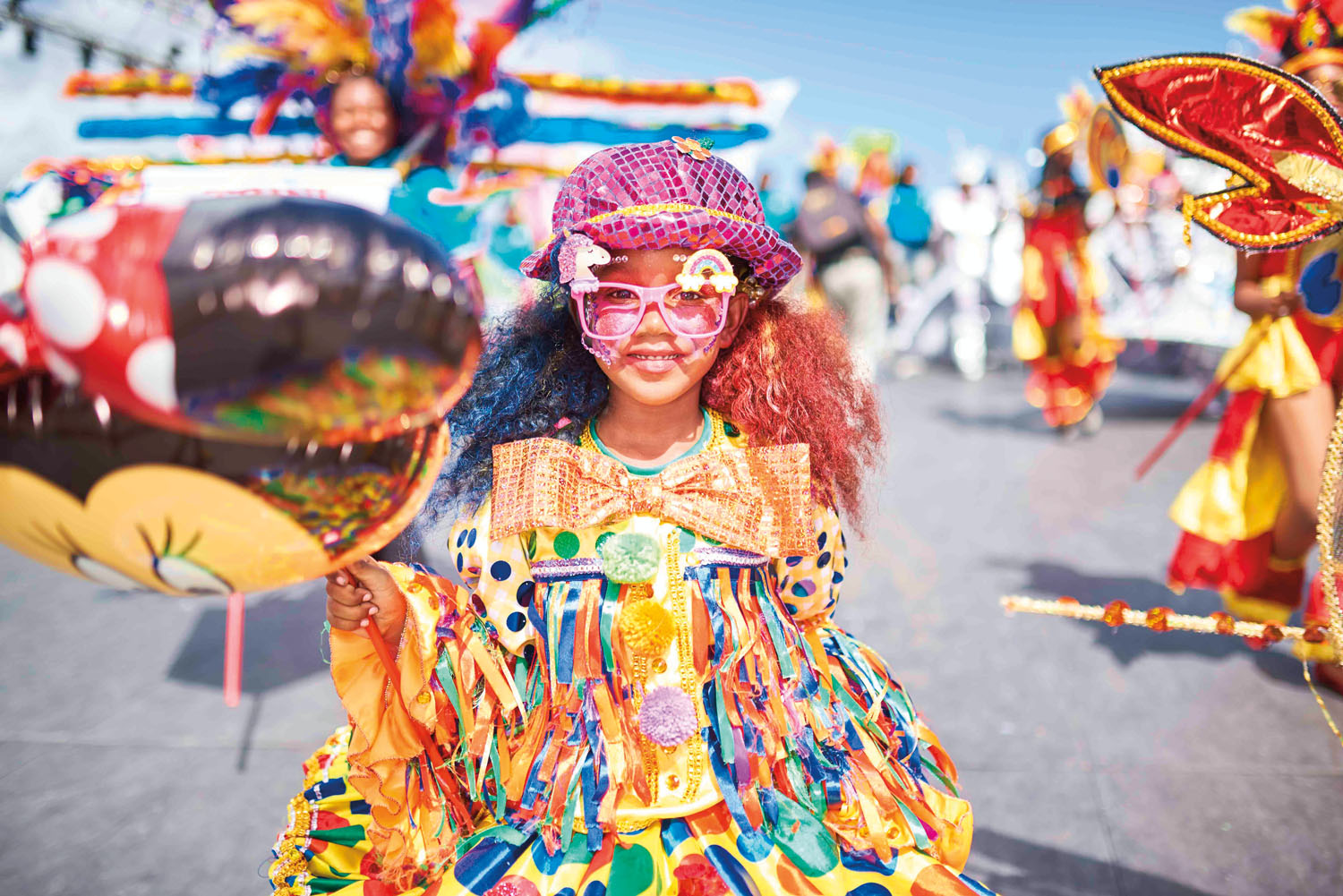 This is also when the competitions begin for steelbands, calypsonians, soca singers, limbo dancers, stickfighters, costume designers, traditional Carnival characters, Carnival Kings and Queens, and other competitions for Carnival’s myriad artforms. These showcase the best practitioners of our Carnival arts. If you want to witness the battles for supremacy: 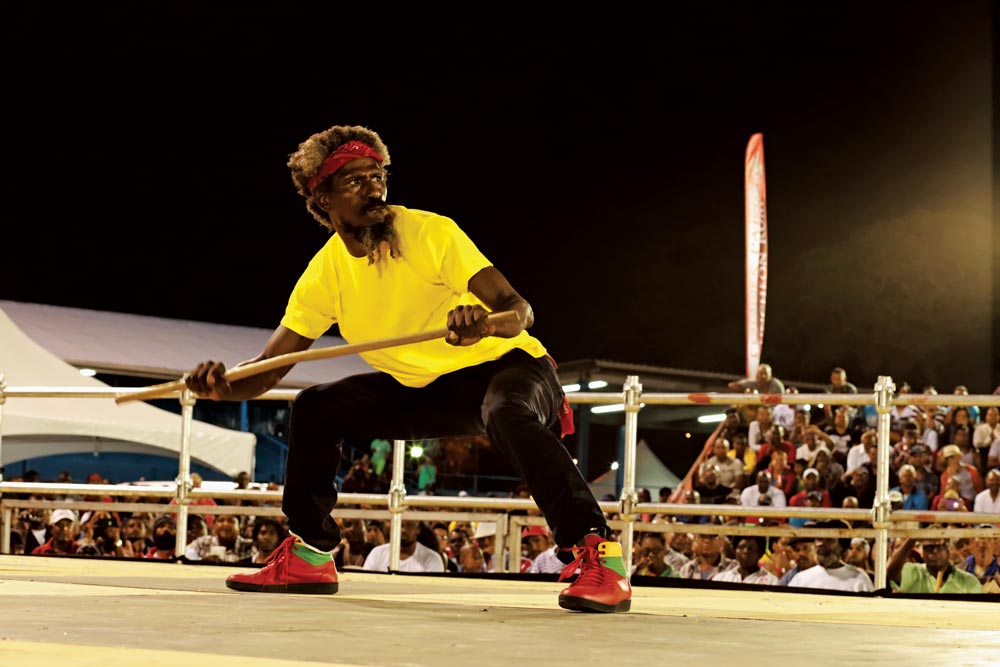 For some, Carnival is pan. Full stop. Steelpan aficionados hit the panyards of their favourite steelbands for weeks as they practise for the Panorama semi-finals (two Sundays before Carnival) and Panorama finals (Carnival Saturday). Those successfully adjudicated on site early in the season advance to the semis. Both events are typically at the Queen’s Park Savannah, offering several experiences: the seats of the Grand Stand (facing the bands) and North Stand (looking at the back of the bands); the drag or track along which bands make their way to the Savannah stage, practising and fine-tuning as they go; and, for the semis, the controversial “Greens”, which is more a party than a pan-oriented experience.

Panorama is the greatest showcase for the instrument anywhere in the world. The panyard crawl to visit each band as it’s being adjudicated at the preliminary round is a special kind of vigil for the pan faithful. Real pan lovers will be in the Grand Stand for semis and finals, or on the drag/track that leads to the Savannah stage. 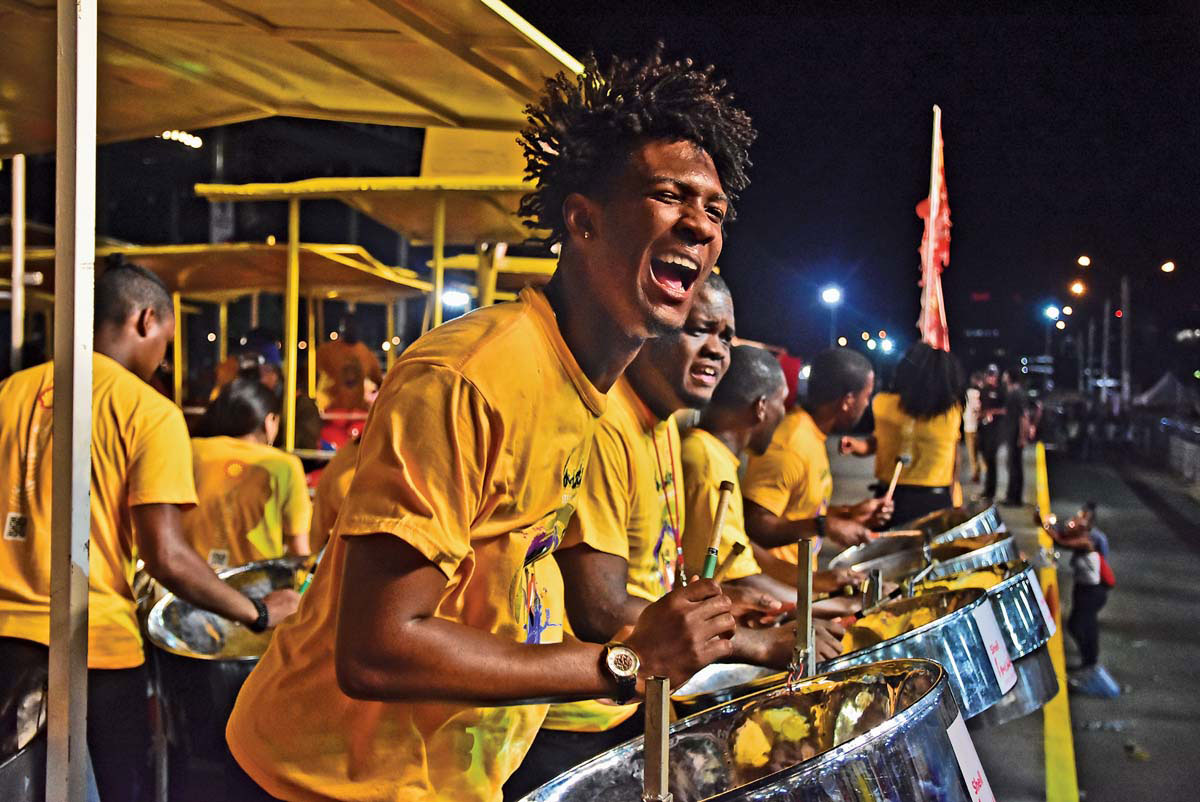 For some, it’s pan. For others, it’s J’ouvert that is the centrepiece of their Carnival.

At 4am on Carnival Monday, the “reign of the Merry Monarch” begins as thousands of people chip, slither, and gyrate through the streets of the country’s cities, disguised in the trappings of “dutty mas” — oil, grease, paint, mud, cocoa, clay, old clothes, or provocative costumes delivering stinging socio-political commentary. This is J’ouvert, with traditional Carnival characters like jab jabs, blue devils, and bats, alongside those in outrageous costumes, or band T-shirts — or just old clothes. Once the sun comes up, most stagger into bed to sleep off the high (natural or induced).

“Let nobody stop us as we dance this dance
Celebrating this spirit of our existence
As each footstep makes music every voice must chant, with love:
Awake, warriors awake — J’ouvert morning come”
— Ella Andall 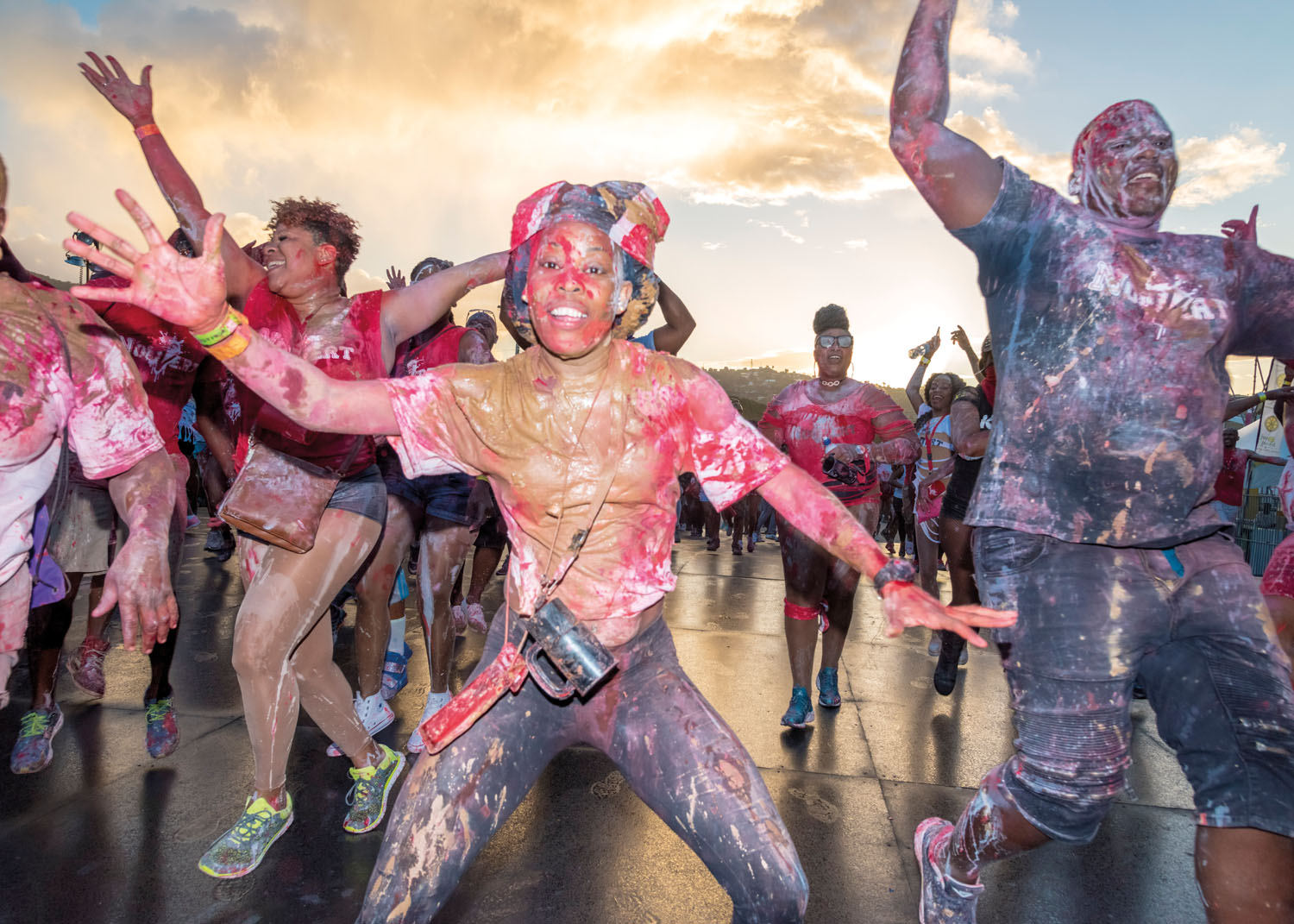 J’ouvert on the Savannah stage. Photo by RAPSO Imaging

As the sun sets on Carnival Monday evening, another kind of Carnival tradition unfolds in the hills of Paramin. The annual competition is an immersive Carnival tradition that offers an alternative — or a complement — to mainstream Monday mas activities. It pits fearsome blue devils against each other at Fatima Junction. As the sun gets ready to set (after 5pm), the blue devil competition sees bands of hard-core devils swarm the streets and the hillsides dancing, chanting, beating their biscuit tins, blowing their whistles, and demanding payment from spectators with their cries  (“pay de devil” is the chant)! Just remember, this is a performance … 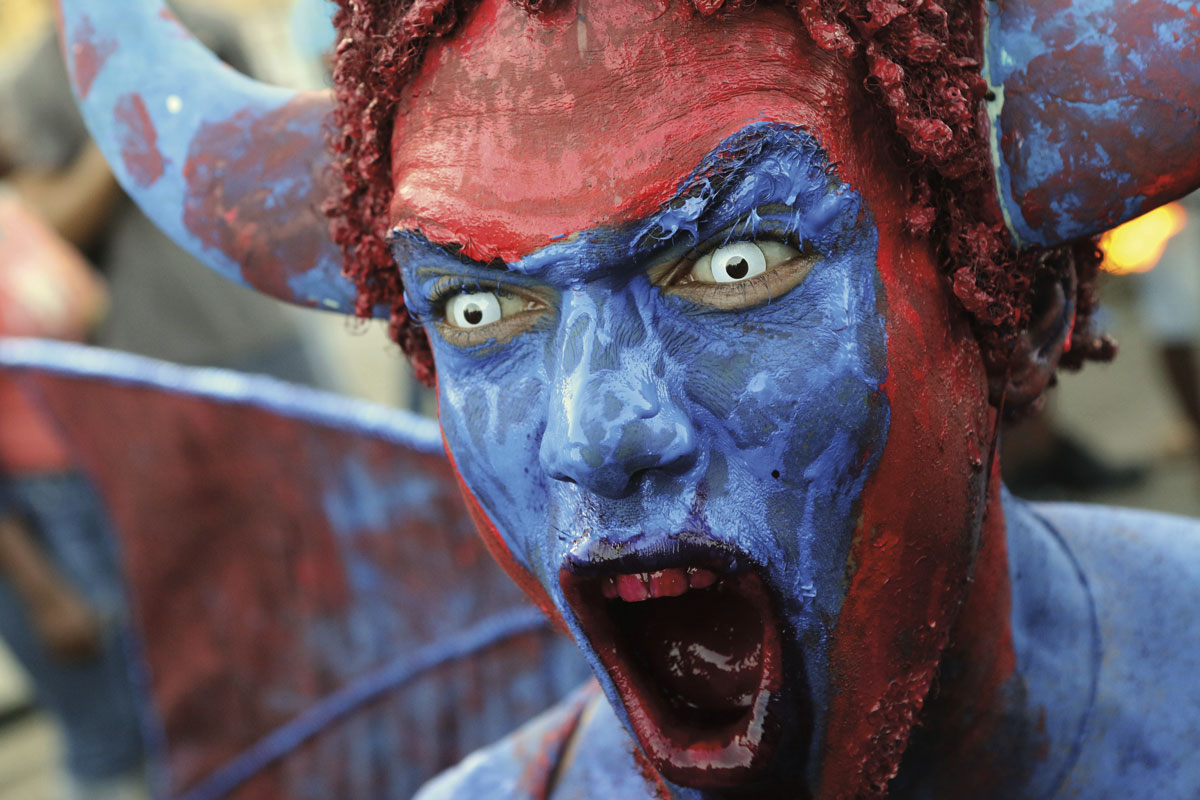 Chances are, you know how this all ends on Carnival Monday and Tuesday: thousands have filled the streets of Port of Spain (and other towns across the country), en route to the Queen’s Park Savannah or Socadrome stages. Around 11am on Monday, the action picks up again after J’ouvert as thousands flock into Port of Spain to meet their band (or the one they intend to crash). Almost no one is in full costume, though – the joy is in just being in the streets, with music and merriment continuing well after dark.

Tuesday starts early (circa 7am), and bands typically dance along specific routes between judging posts, where adjudicators choose the next Band of the Year. Many are dressed in full costume — some in flashy BBF (bikinis, beads, and feathers) bands, some as traditional characters, some in inspired fusions of the traditional and the fashion-forward. Others are out to spectate, and “take a jump” with a passing band. Some with less energy crash at sundown, but others keep following the huge music trucks until Last Lap … then hobble to work (or the beach) come Ash Wednesday. It is only then, or perhaps on the beach the next day (a post-Carnival tradition), that you can finally permit sleep to come.

Though the biggest celebrations are in Port of Spain, they also happen on the streets of major towns and villages nationwide. And though neither day is an official public holiday (the islands have 14 official ones), as famed calypsonian Lord Kitchener once sang: “de road make to walk on Carnival day…” 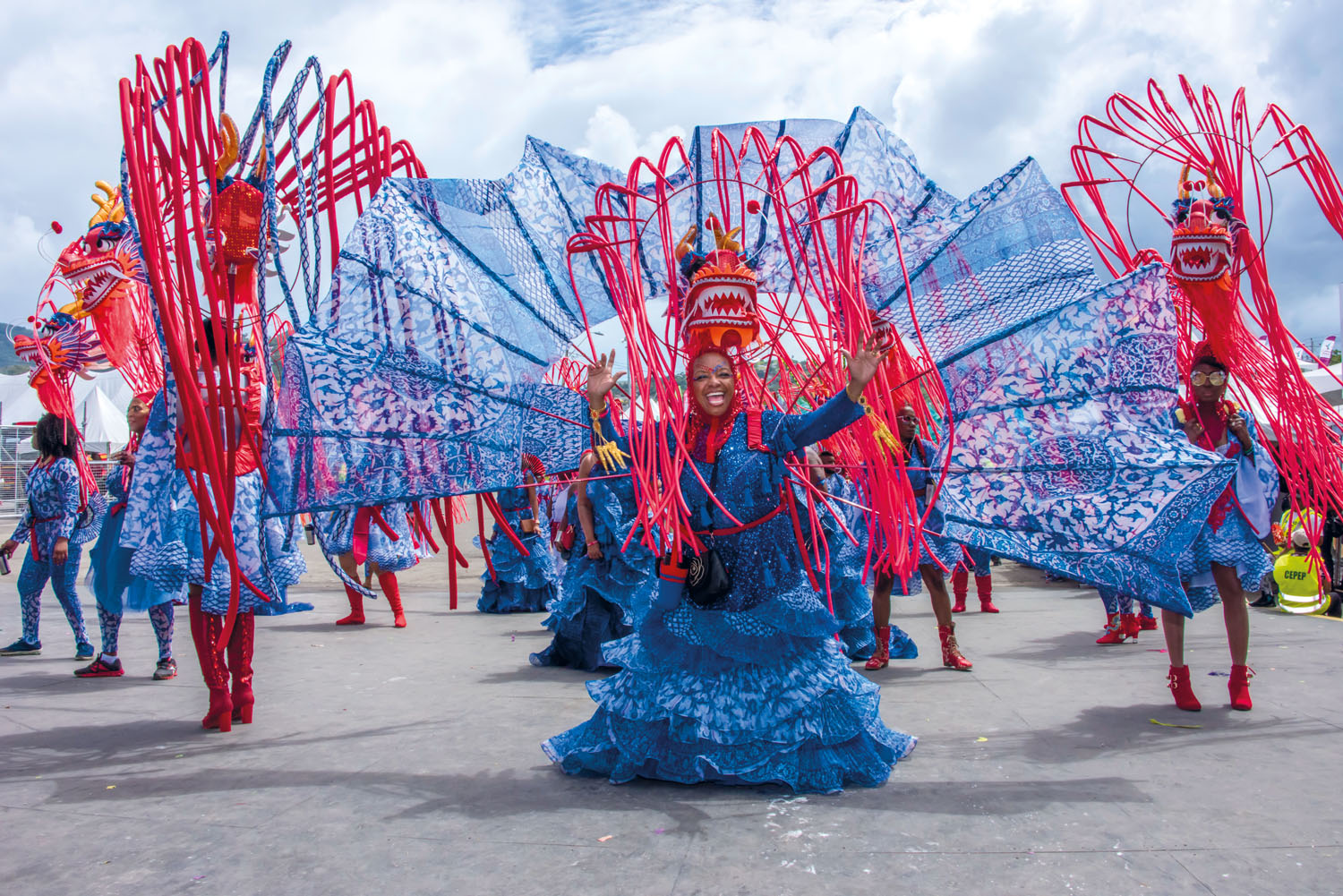 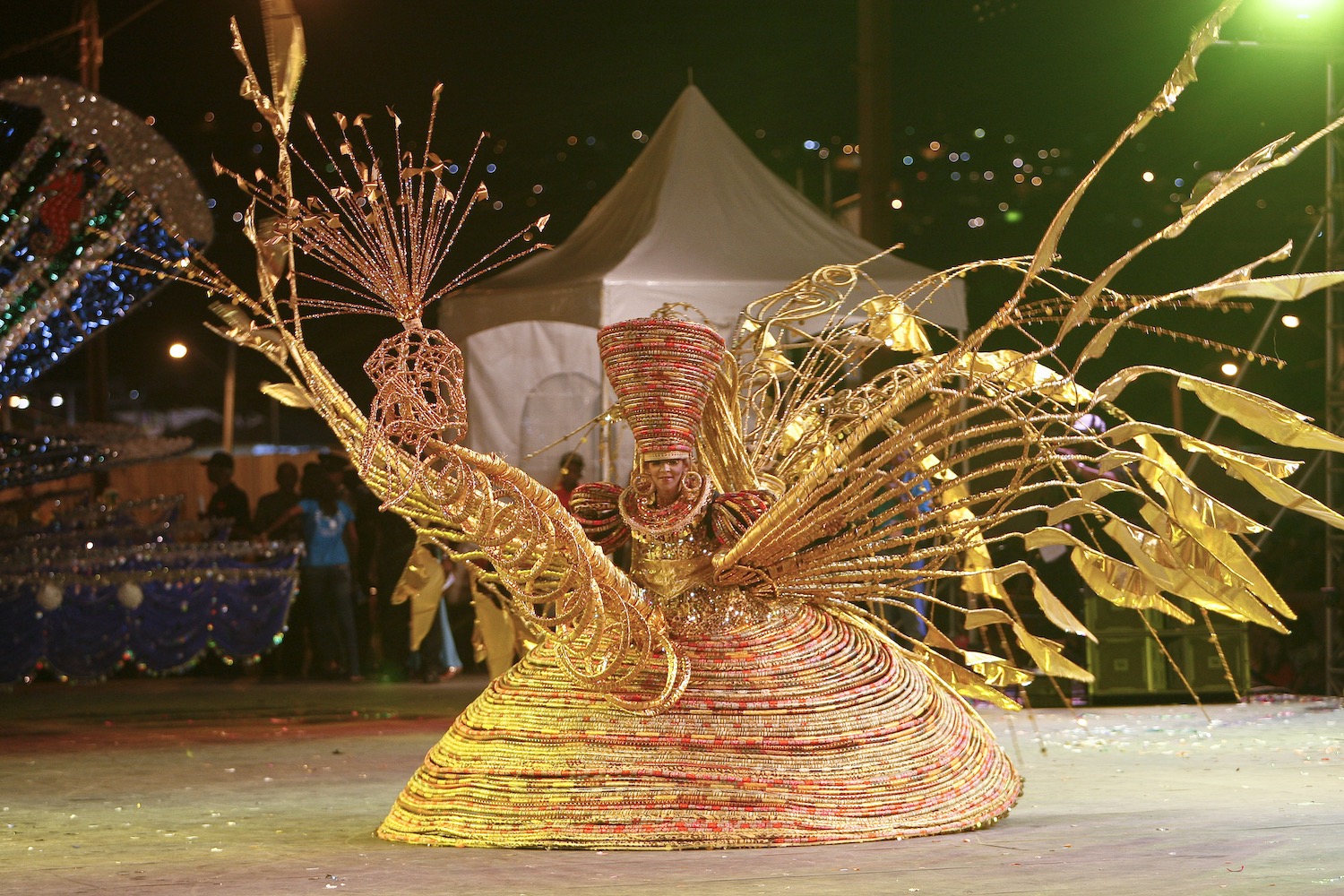 A Queen of Carnival competitor. Courtesy the TDC

Check out the rest of our website for a range of Carnival information — its origins and history, how a steel pan is made, and a calendar of events for 2020. For schedules and info, visit the websites of the National Carnival Commission (ncctt.org), Pan Trinbago (pantrinbago.co.tt), the National Carnival Bands Association (ncbatt.com), and Trinidad Carnival Diary (trinidadcarnivaldiary.com).